The Empire Minecraft Outpost Tour series is written by me, JDHallows, a staff member on Empire Minecraft. I travel out to different outposts throughout the frontier on EMC. While there, I take notes and pictures of these unique players outposts and try to create an informative tour of each one. This tour is based on The Estonan Federation, an outpost founded by 4 players: devon699, wildbeast23, onetoad, and siniypiva. This tour explores The Federation’s remarkable town and castle. 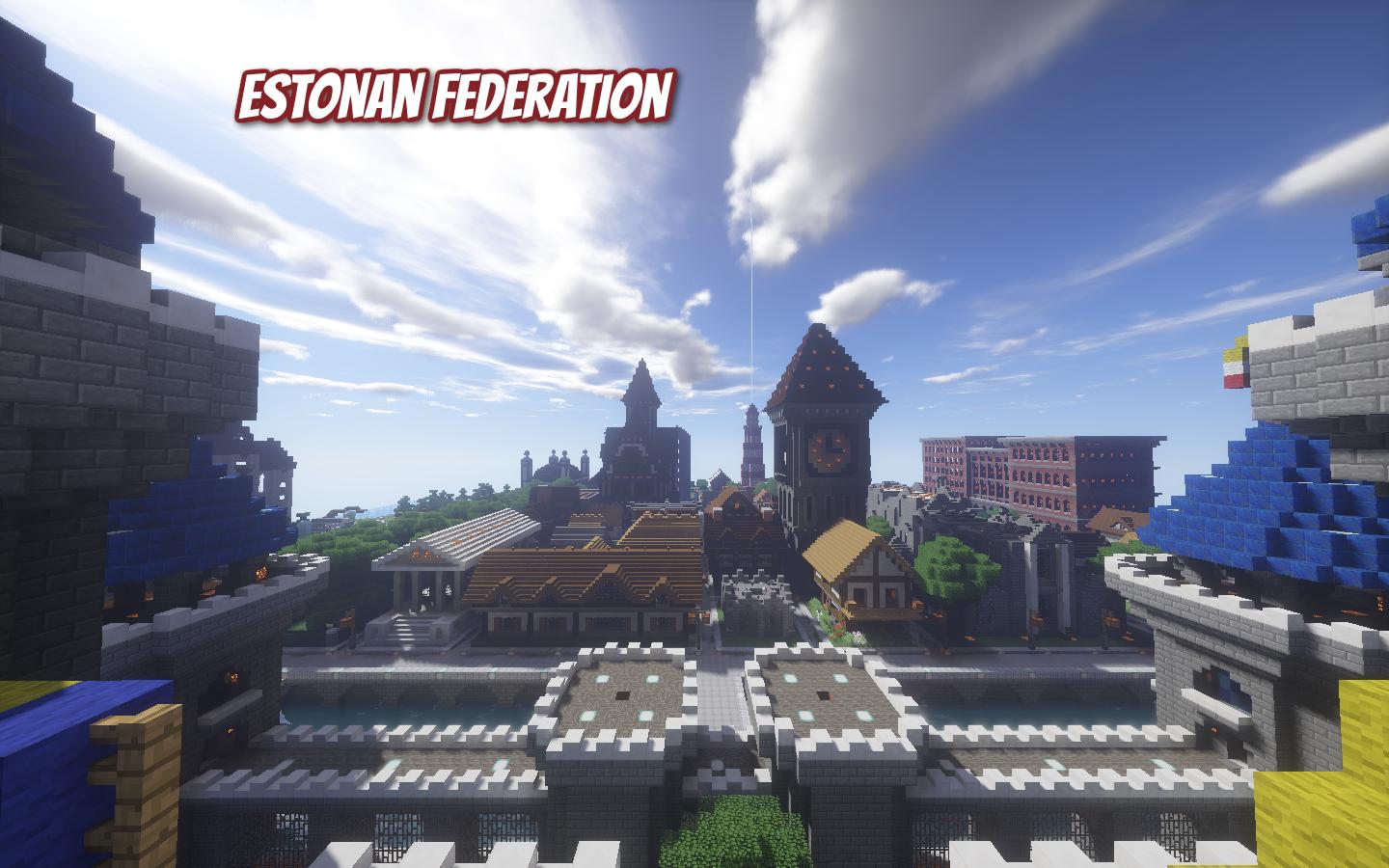 At the start of the tour, both devon699 and onetoad greeted me to guide me to the Estonan Federation outpost. The trip there followed a typical Minecraft scenic route. However, once I walked through the nether portal to the outpost itself, I became confident that the beauty the builders have mastered in their outpost must have taken years of hard work and dedication. This became more clear when they told me that the entirety of the island’s terrain is actually player-made and landscaped!

The two screenshots below are of City Hall, a grand structure that represents the majesty of the city well. Inside, the grand ceiling and the beautiful architecture – with its distinct use of logs – is amazing to see. 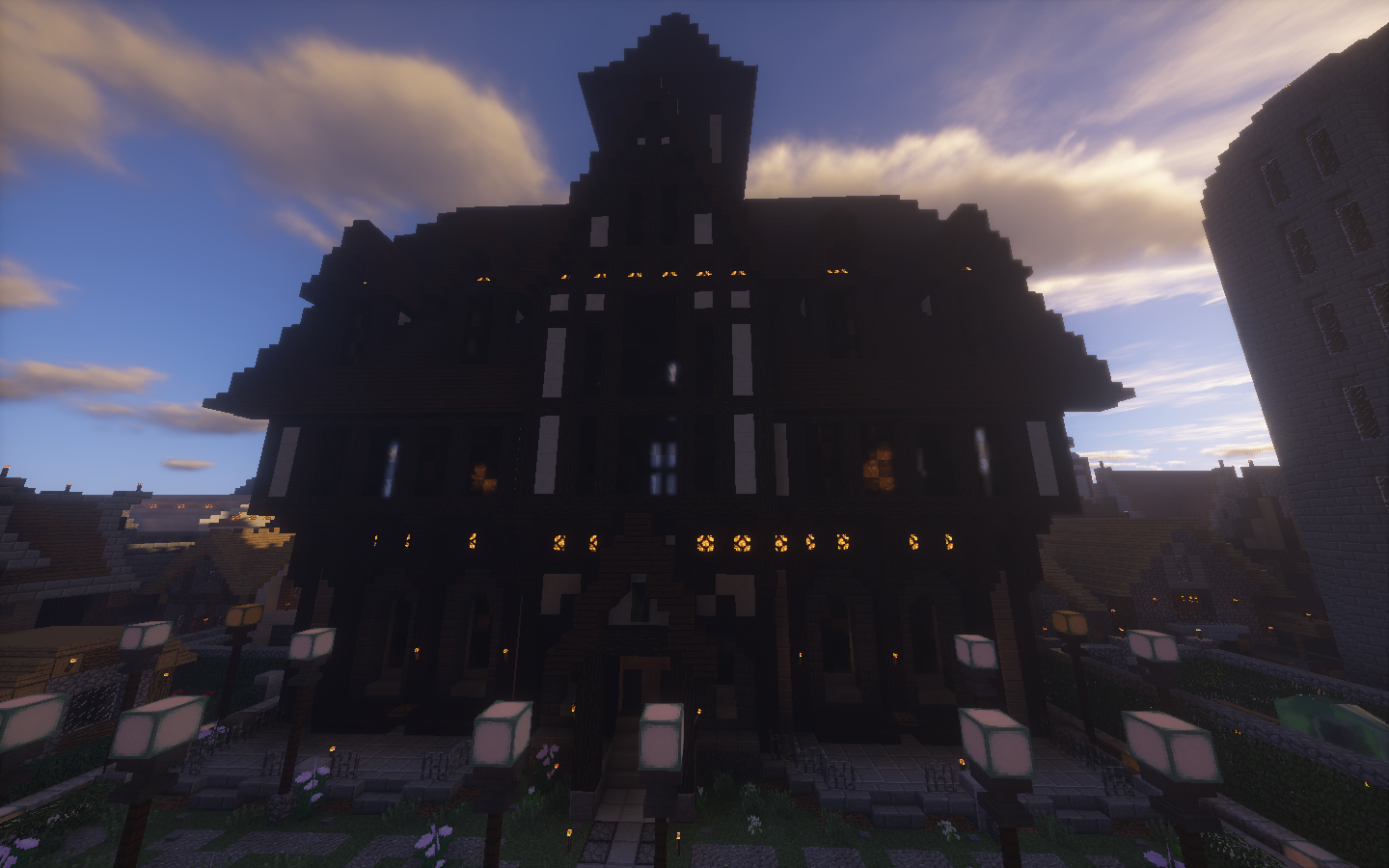 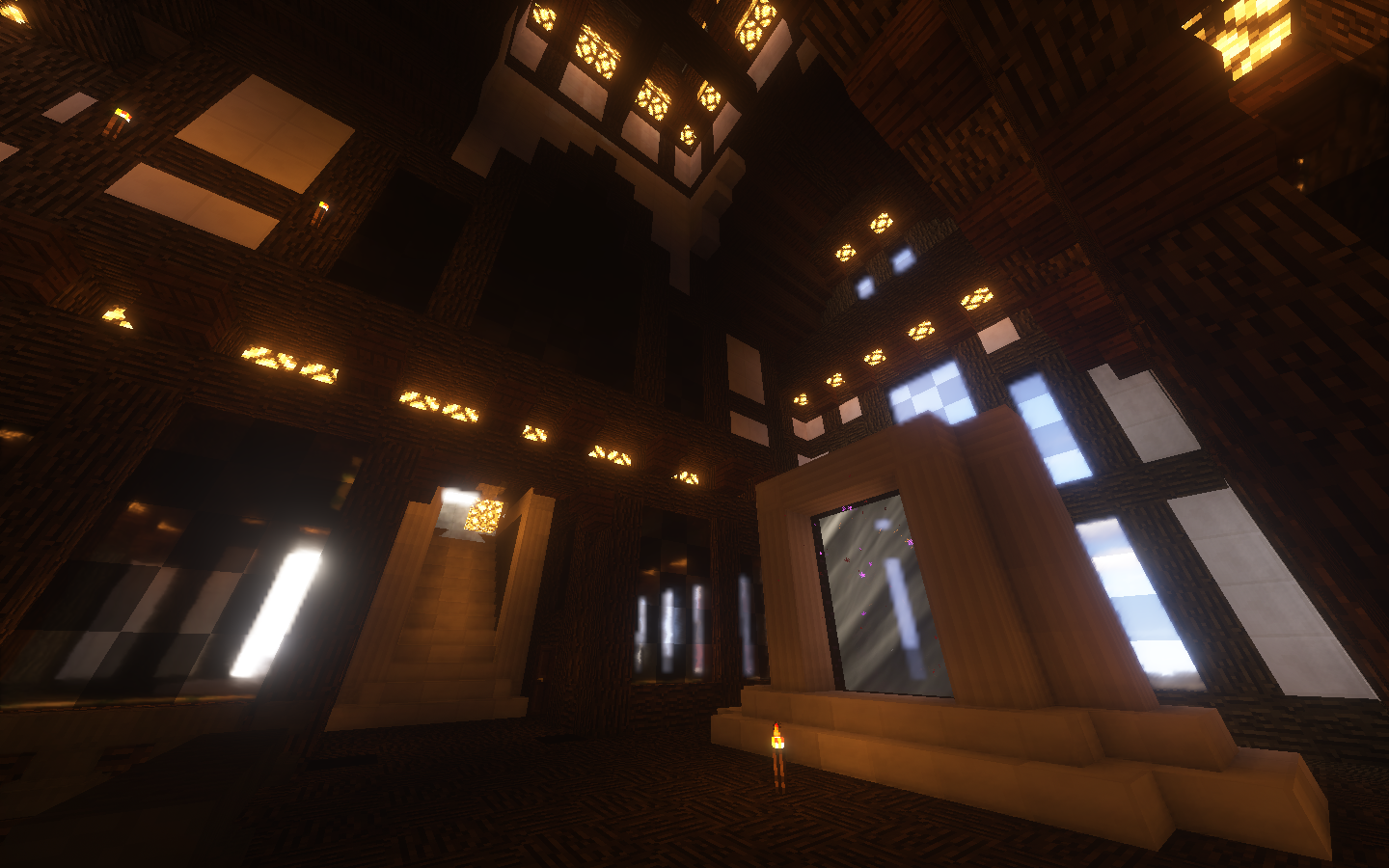 The Estonan Nation Hall is another impressive build in the outpost. The grandiose atmosphere, in particular the detailed dining arrangement, is perfect for builders and outpost members to gather and discuss. 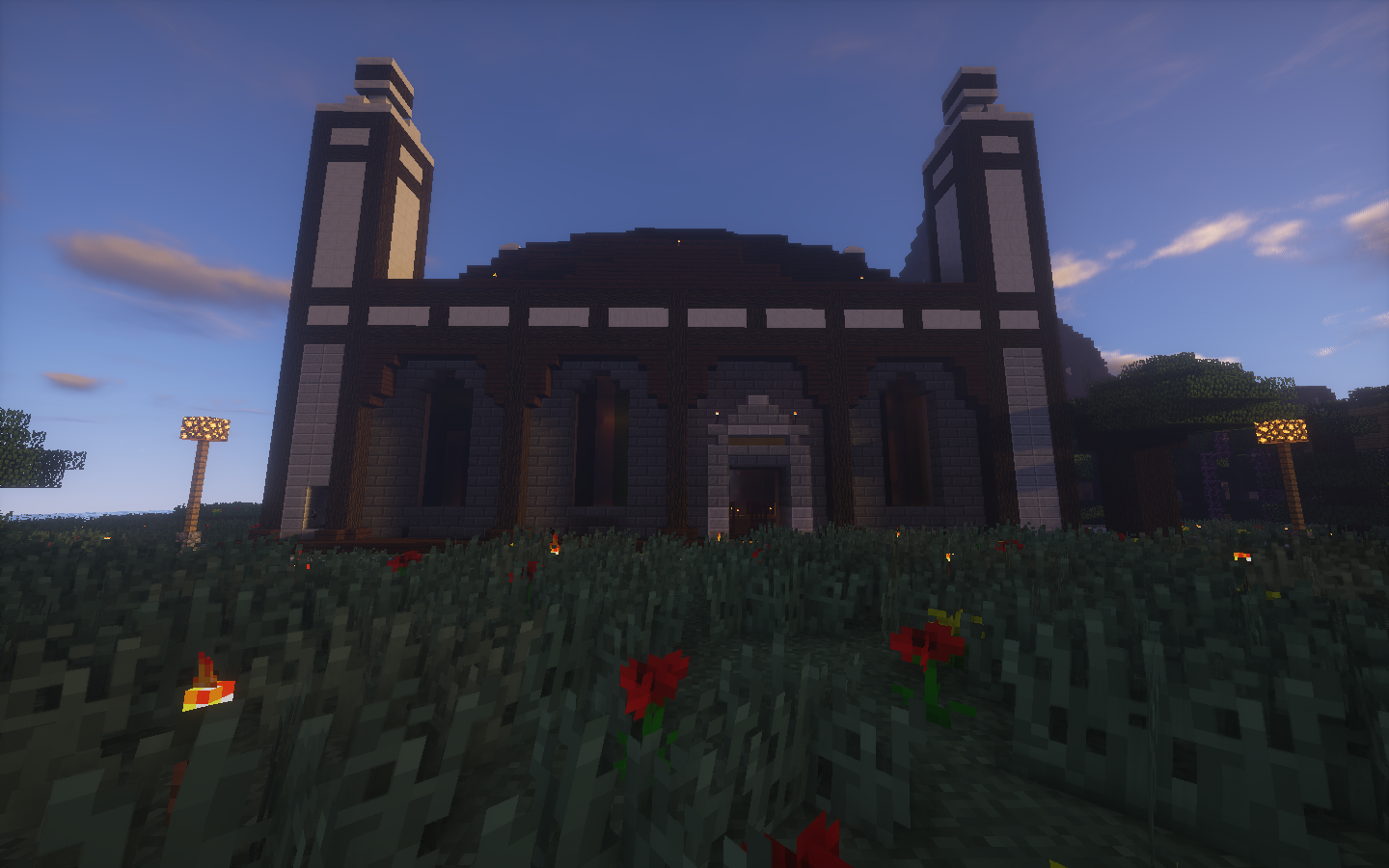 Every outpost I visit gives me new ideas and techniques that I can employ in the design of my own builds. For example, the use of clay and different types of quartz blocks adds incredible detail to the design of this build. In fact, the use of intricate details like this can make Minecraft builds stand out and this one is no exception. 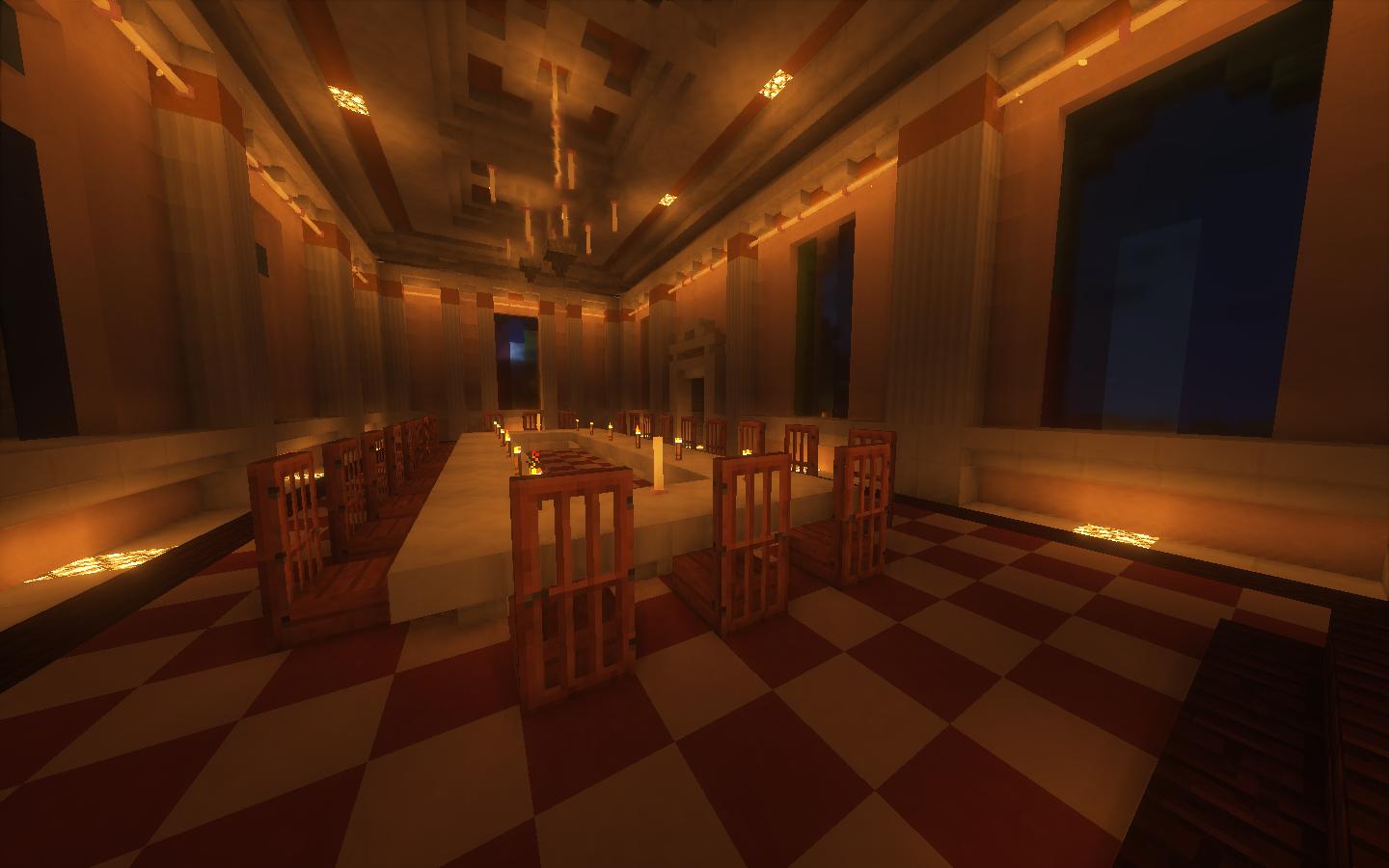 Undoubtedly, the greatest build in the outpost is the castle that sits near the edge of the island. While the picture below shows it in all of its stunning glory, it also represents the skills and patience that was put into this amazing outpost by its builders. 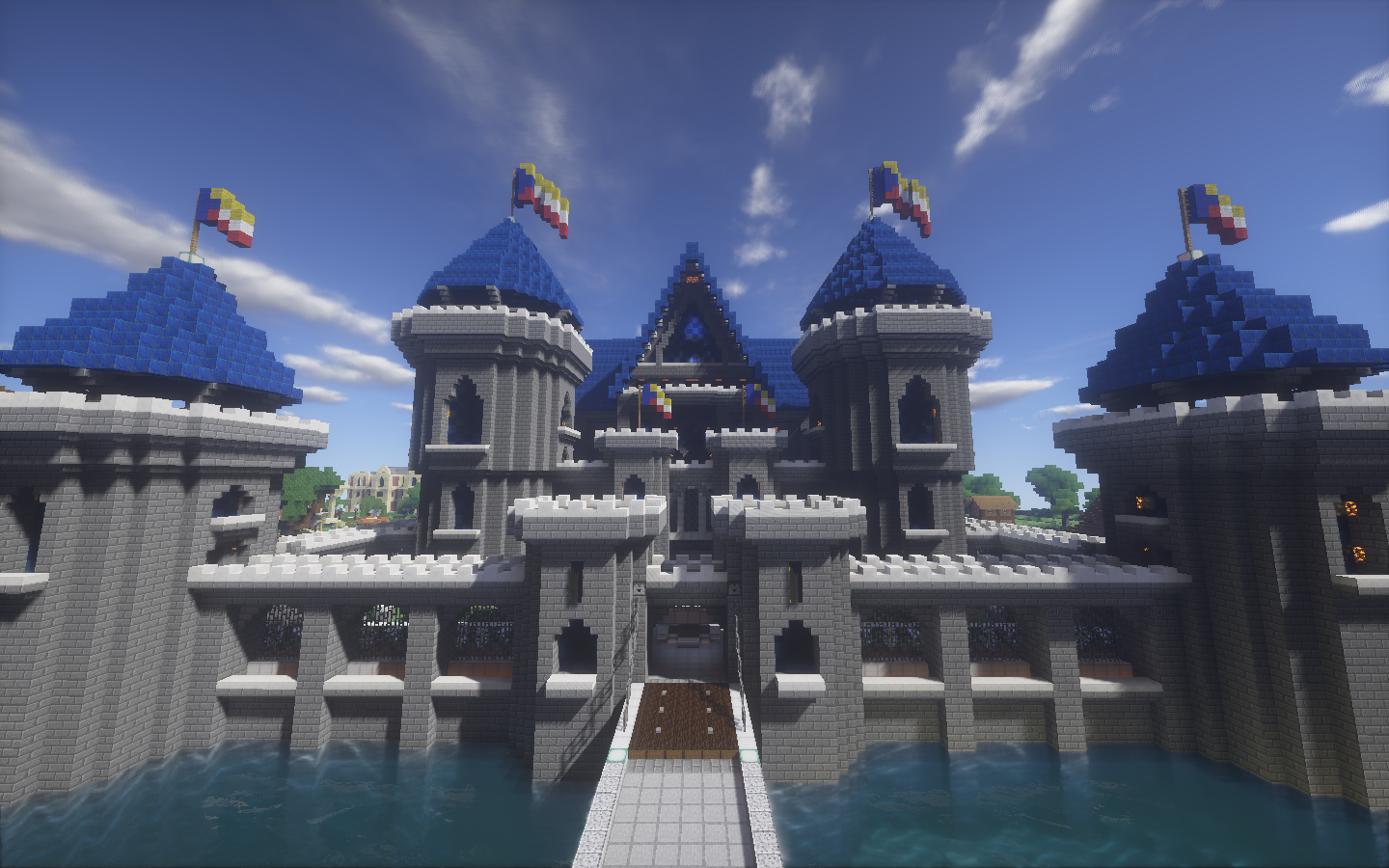 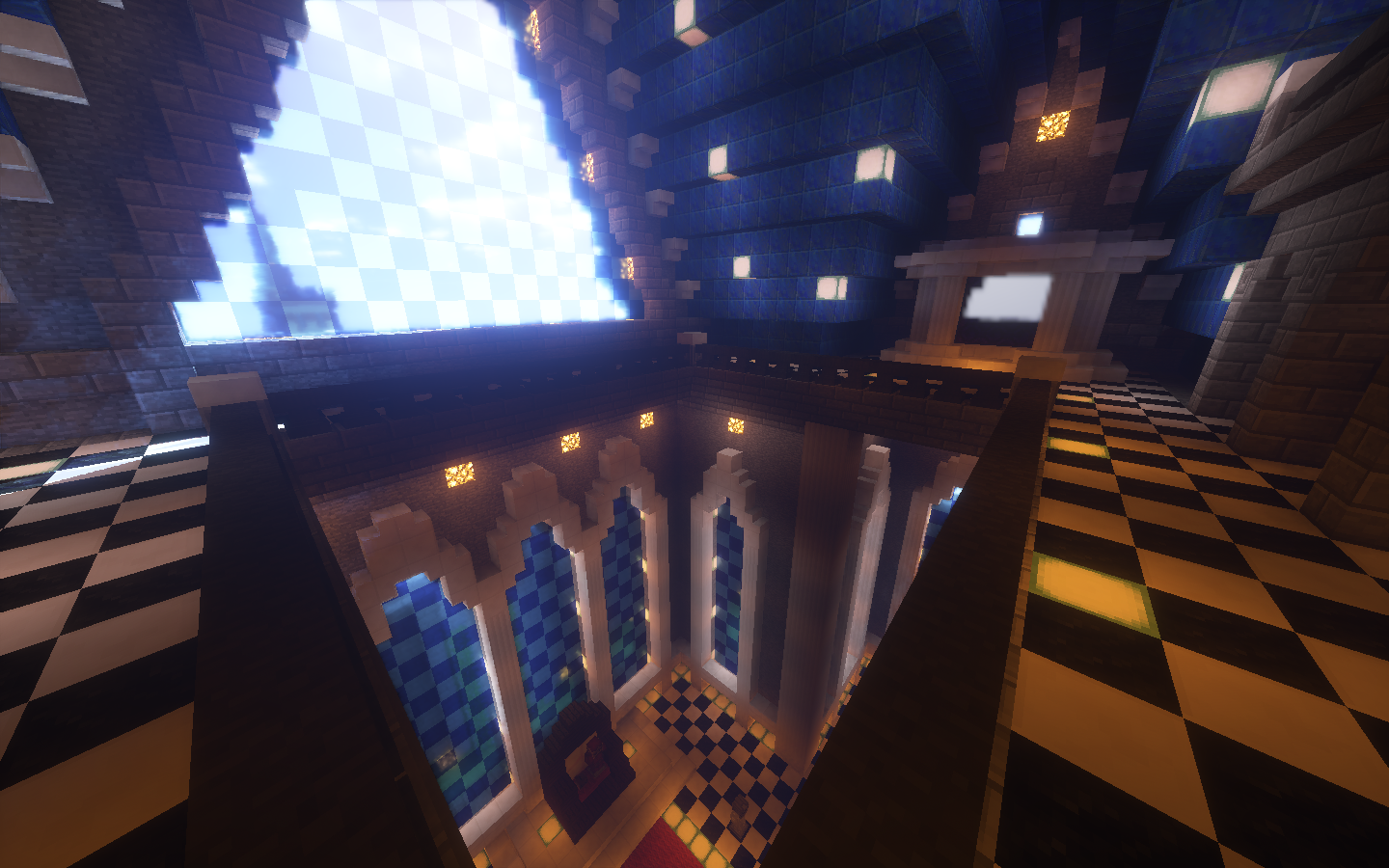 Not too far from the castle is the cemetery, which has a gravestone for each of the builders (the enderman gravekeeper agreed to pose for the picture). I was amazed at how many people worked on this outpost, with multiple monuments visible from this one picture but they are really only a portion of the graves found on the cemetery grounds. 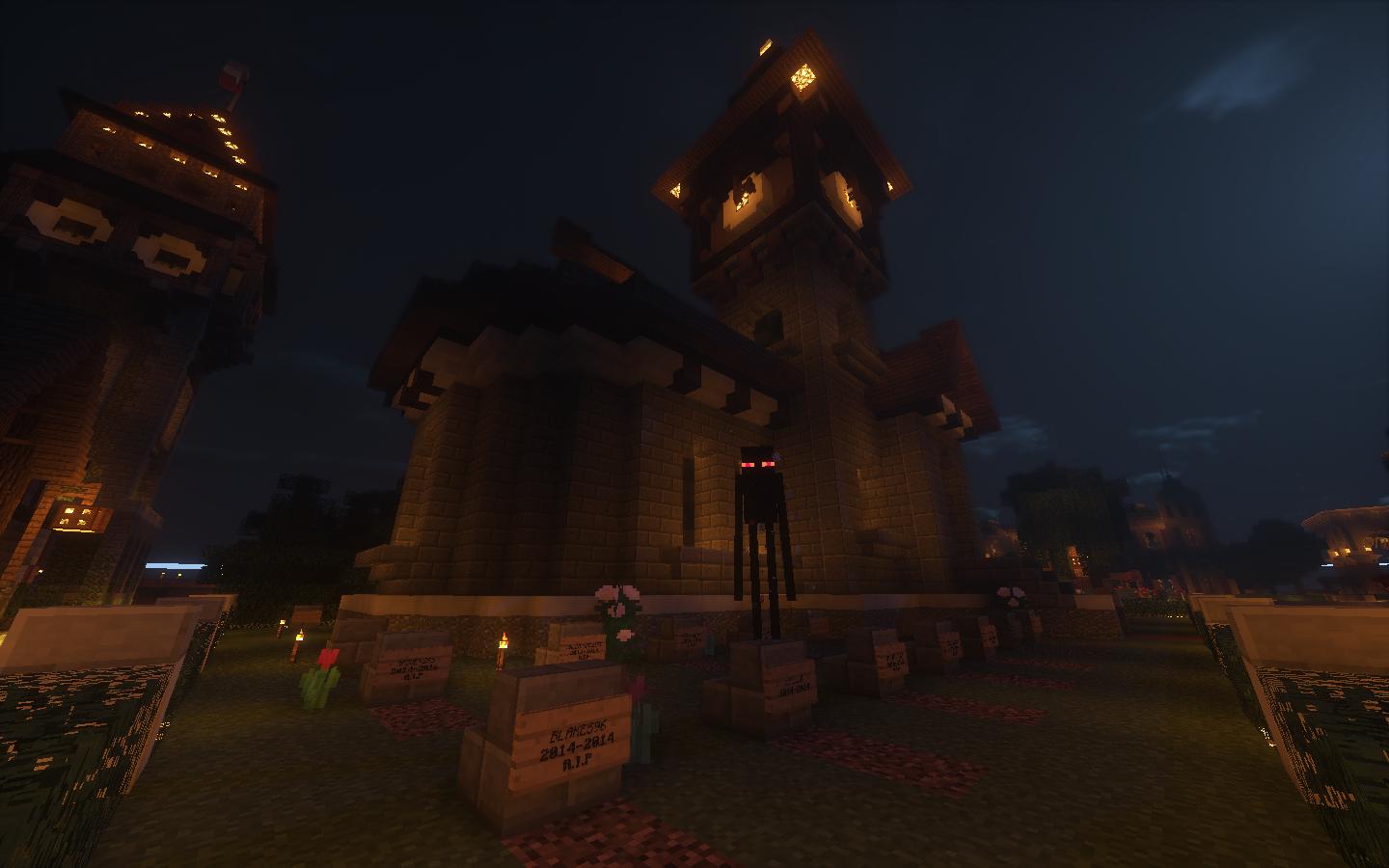 Devonshire Manor and the Temple of Ender

Off to the side of the island is Devonshire Manor, a lavish home that devon699 built for himself. Once again, the patience and skill of the builder is evident from the attention to detail in the build. The sandstone and clay design creates a grandiose atmosphere that makes the inside just as stunning. 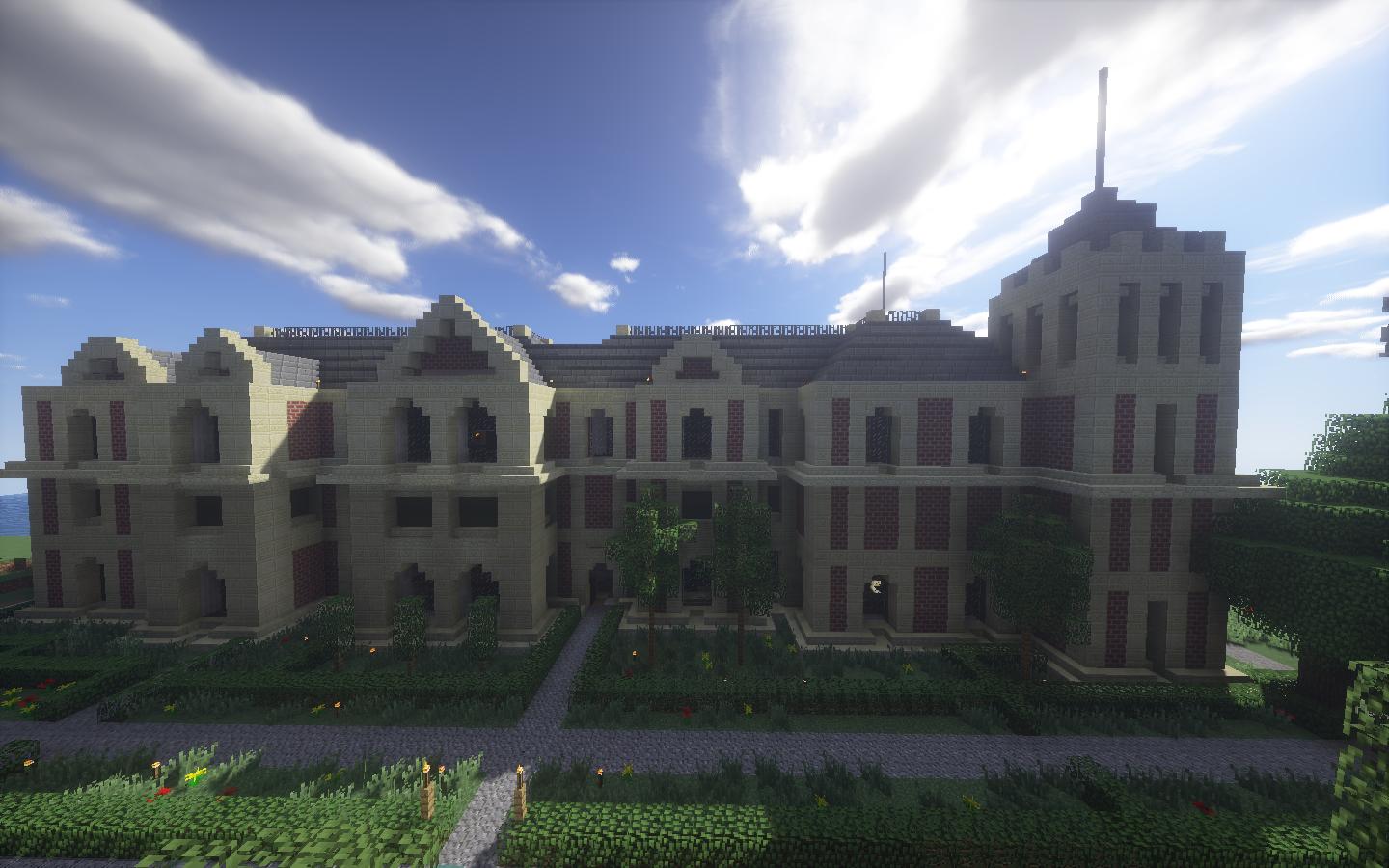 The Temple of Ender, pictured below, sits across from Devonshire Manor. It serves as a lovely area to relax and hang out while enjoying the island nature. At the end of the tour, I spent some time here absorbing everything I had seen since you can see many iconic locations on the island from here. 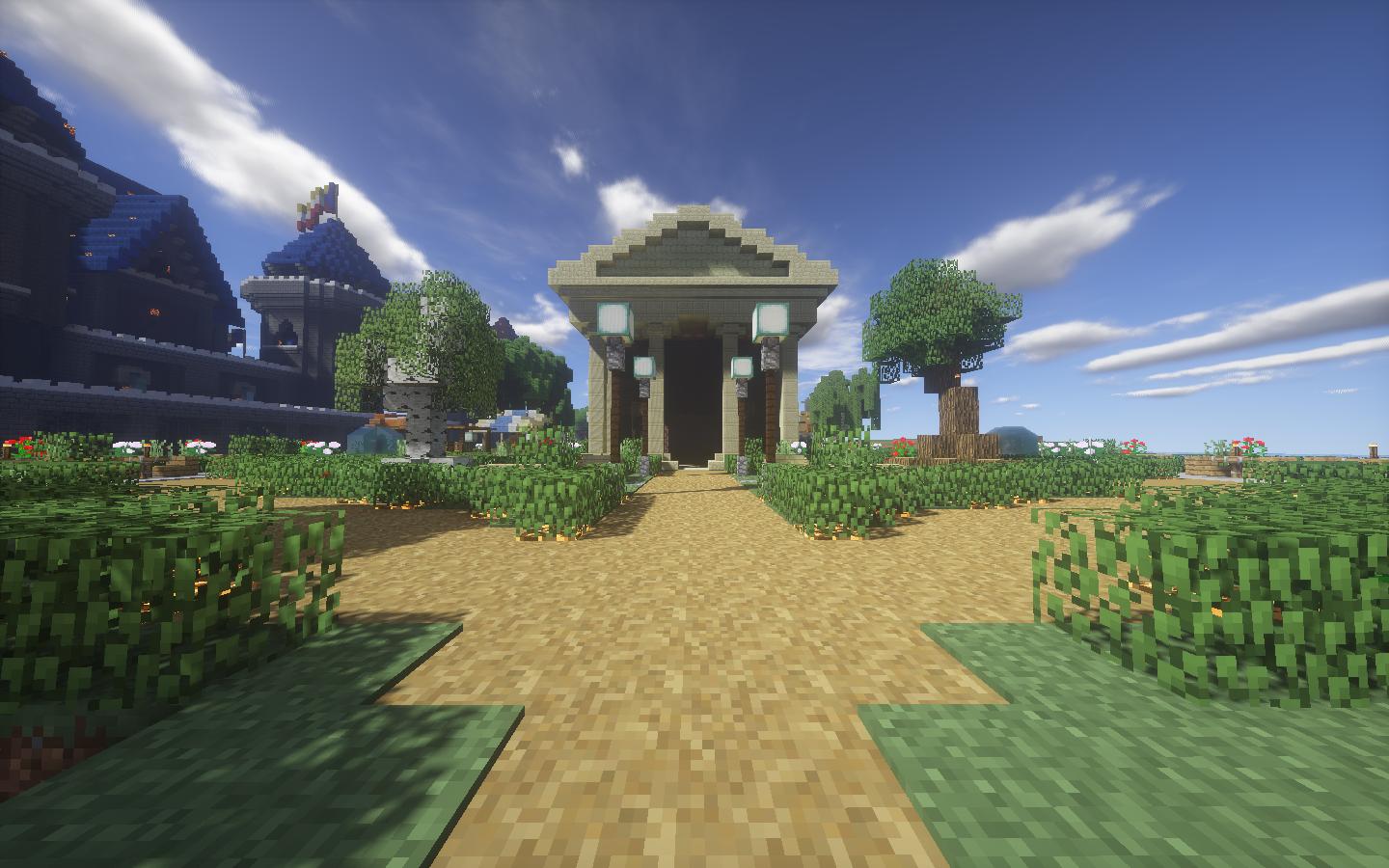 The Estonan Federation was is an amazing place to visit. With amazing builds like castles, temples, mansions, and other great buildings, there is a lot to take in. Both devon699 and onetoad were gracious hosts and I enjoyed every moment of the tour. What else could the players of EMC have to show me at their outposts?

Would you like to have a tour of your outpost posted on the blog? Click here to learn more about this free service provided to Empire Minecraft members!

Would you like to see another outpost tour? Click here to view the previous outpost tour on the blog!