The Empire Minecraft Outpost Tour series is written by me, JDHallows, a staff member on Empire Minecraft. I travel out to different outposts throughout the Frontier on EMC. While there, I take notes and pictures of these players outposts and create an informative tour of each one. This tour is based on Pilz-Reich, a Mooshroom island outpost created by the player SoulPunisher in the Fall of 2012. 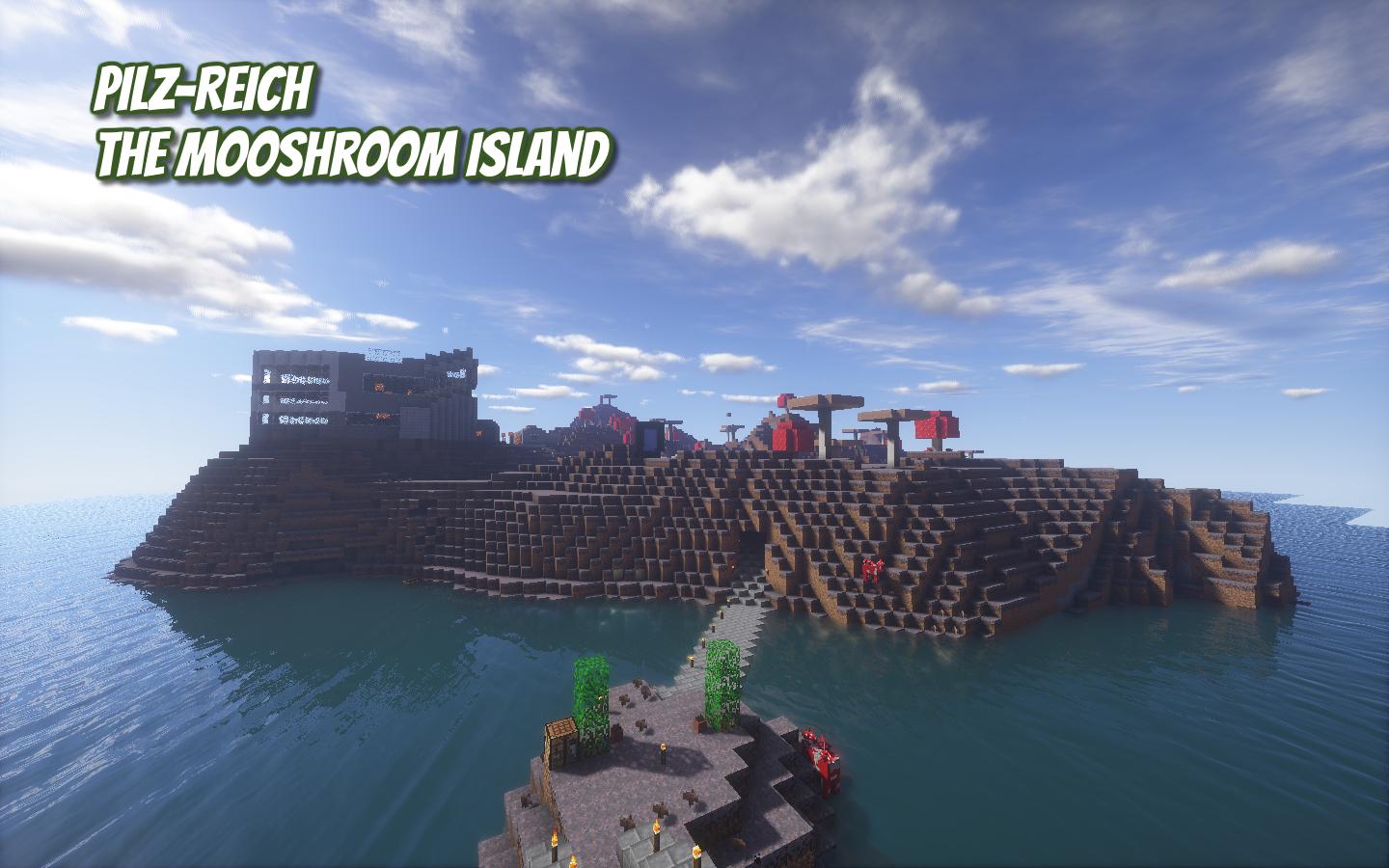 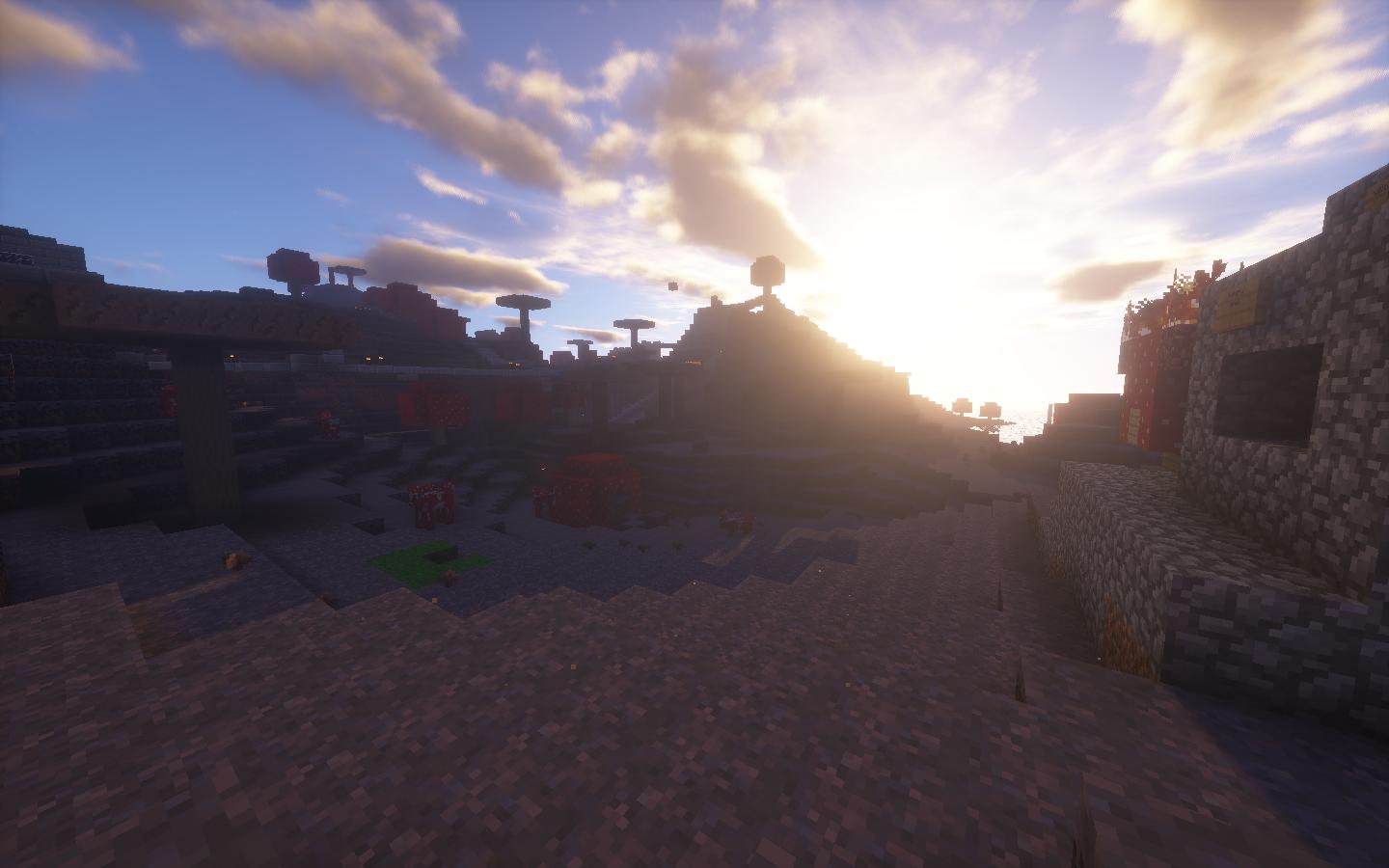 After a 20 minute boat ride, I arrived at the outpost. My first view was this amazing cliff face. At first I was unsure how to enter the island. However, after receiving instructions, I learned of the long, well-lit dock for visitors around the side of the island and docked my boat alongside. 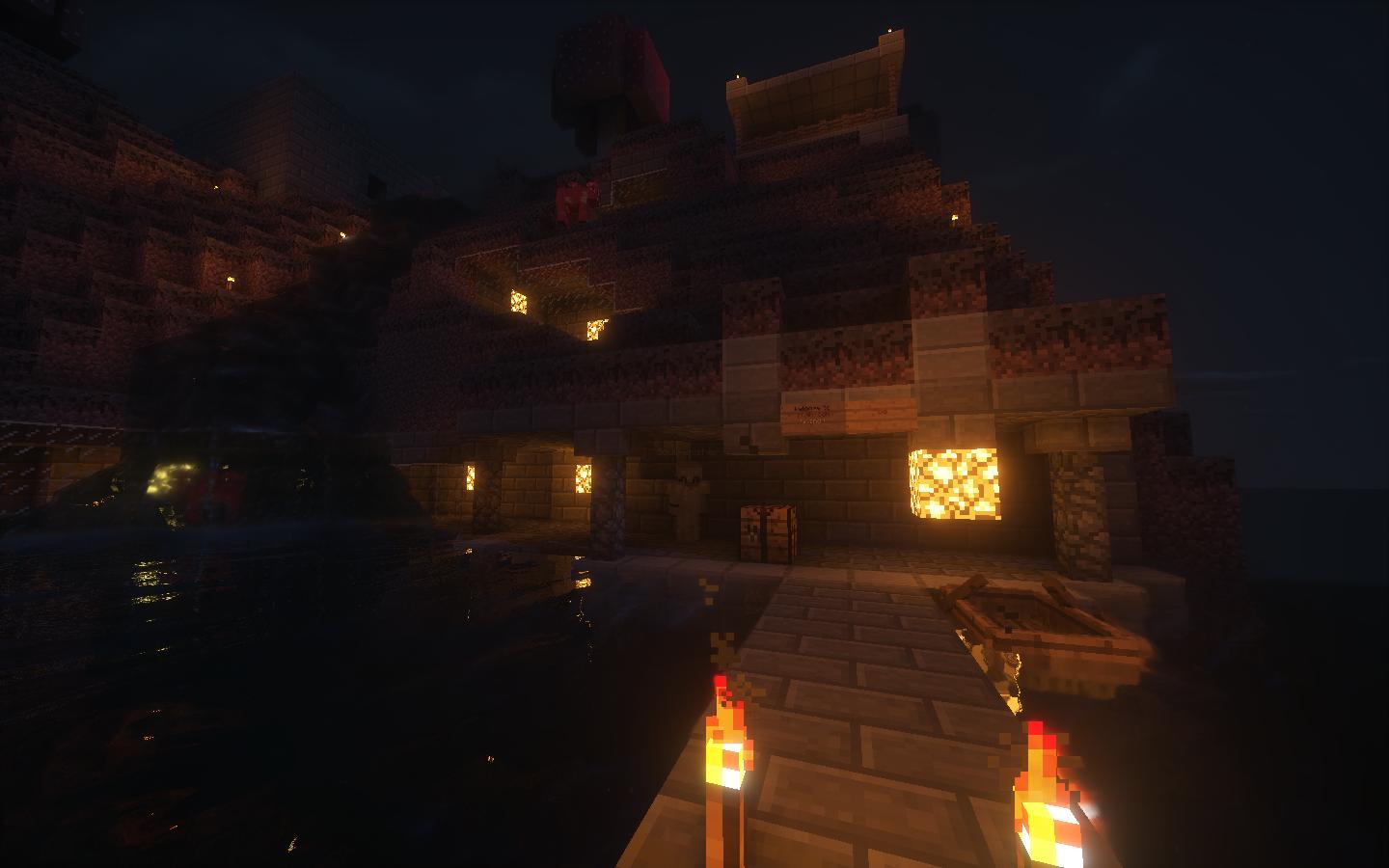 Walking up a flight of stairs into the island, SoulPunisher brought me out in front of the island’s illustrious hotel. From the outside, the hotel is beautiful. Entering through the doors brought us into a dining room and kitchen, and walking through the dining room brought us into the main lobby. Due to its location, the hotel is the easiest way to gain access to the rest of the island. For me, it was also the perfect stop to get some shut-eye as I wasn’t prepared for a mob fight and night was crawling in. 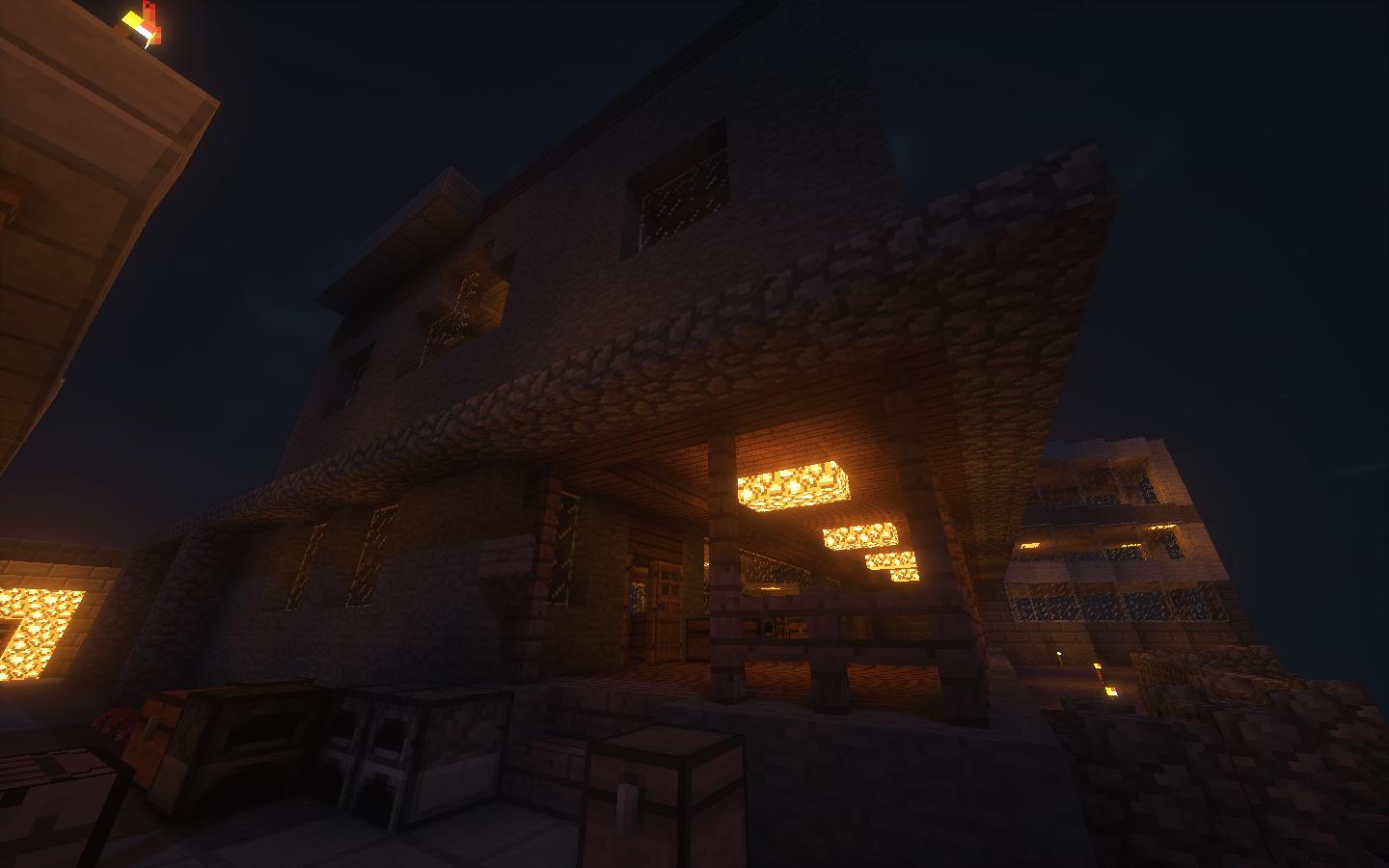 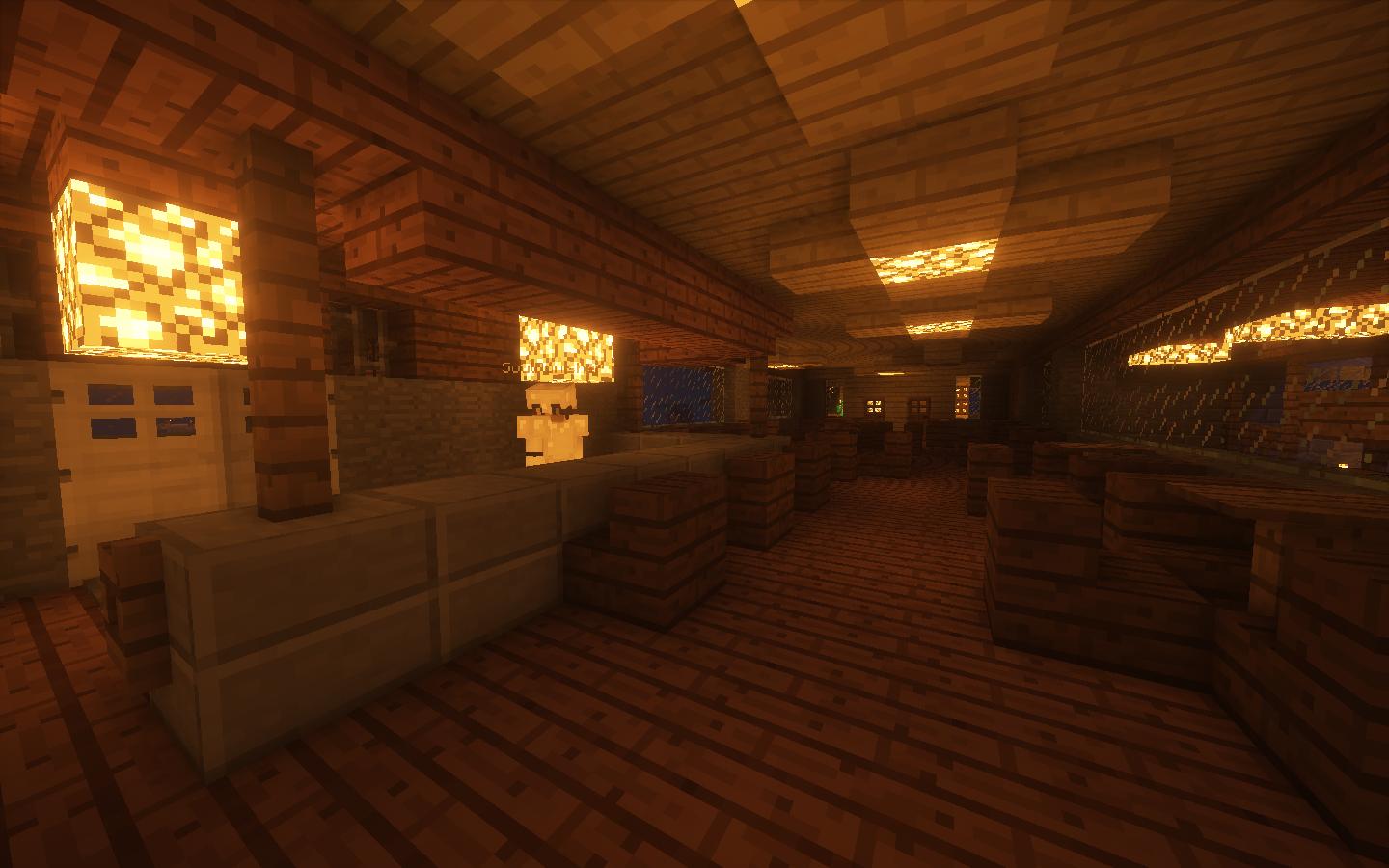 I was shocked when SoulPunisher told me that this biome did not spawn hostile mobs. In fact, the only mobs on the entire island are the Mooshrooms! Therefore, I didn’t need to hide away all night to escape the hordes of zombies and skeletons. This was my first time in a Mooshroom Island biome on Minecraft so I was stunned and excited at the same time after hearing this news. However, I chose to rest my weary eyes regardless, because daylight brought the opportunity for better pictures. 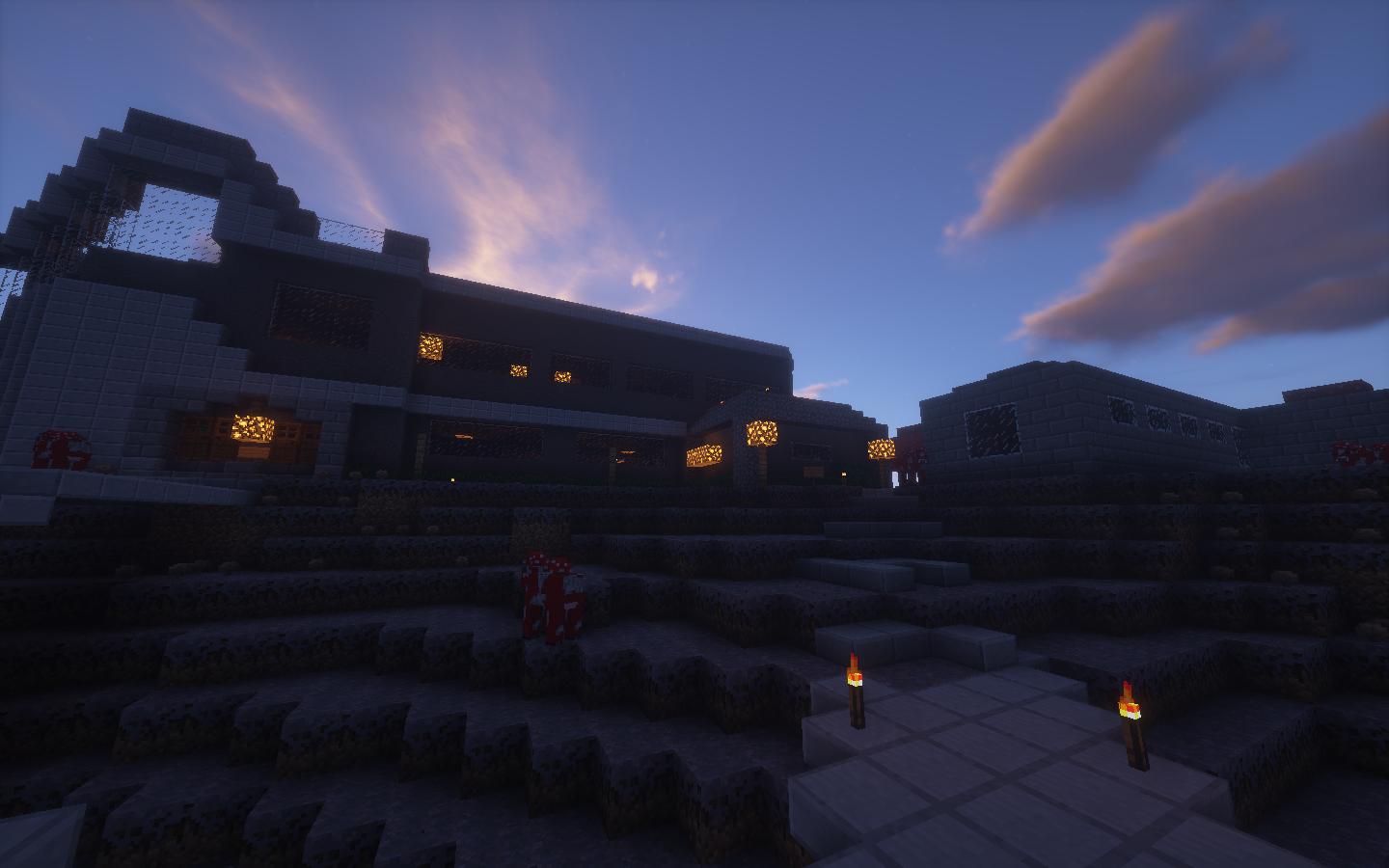 “There wasn’t really anything like it at the time, and I thought people would find an outpost with no hostile mobs unique.” – SoulPunisher on Pilz-Reich

Starting early the next morning, I set off to explore. The island is beautiful with the biome left mostly in an original, natural state. The minimal infrastructure consists of SoulPunisher’s few buildings and a mine that runs under the island, as well as the connecting paths. Leaving the outpost in this condition leads to the feel of that perfect vacation spot. Each building is a hidden gem among the mycelium hills.  Everywhere I looked, the views were amazing and I just couldn’t stop taking screenshots. 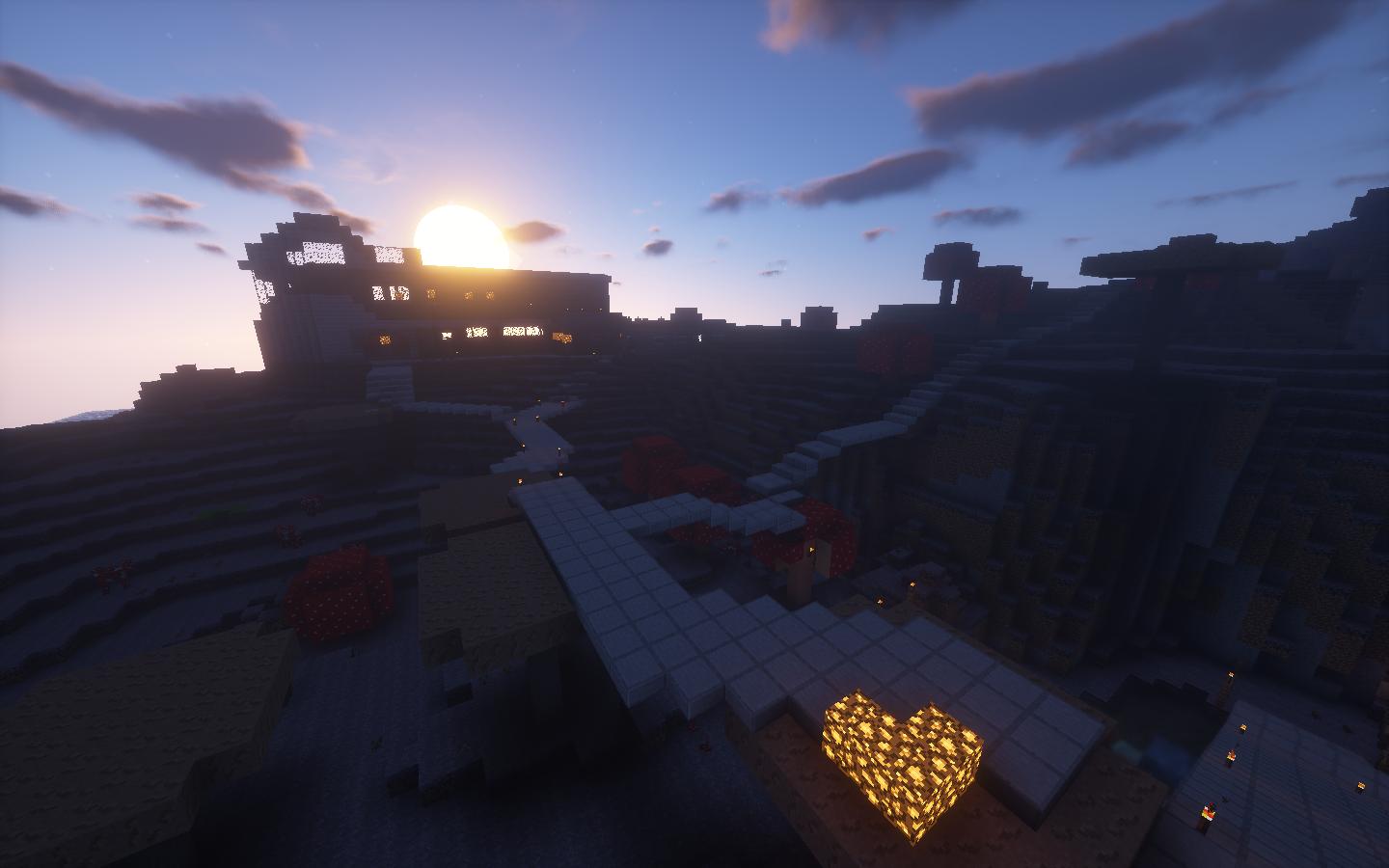 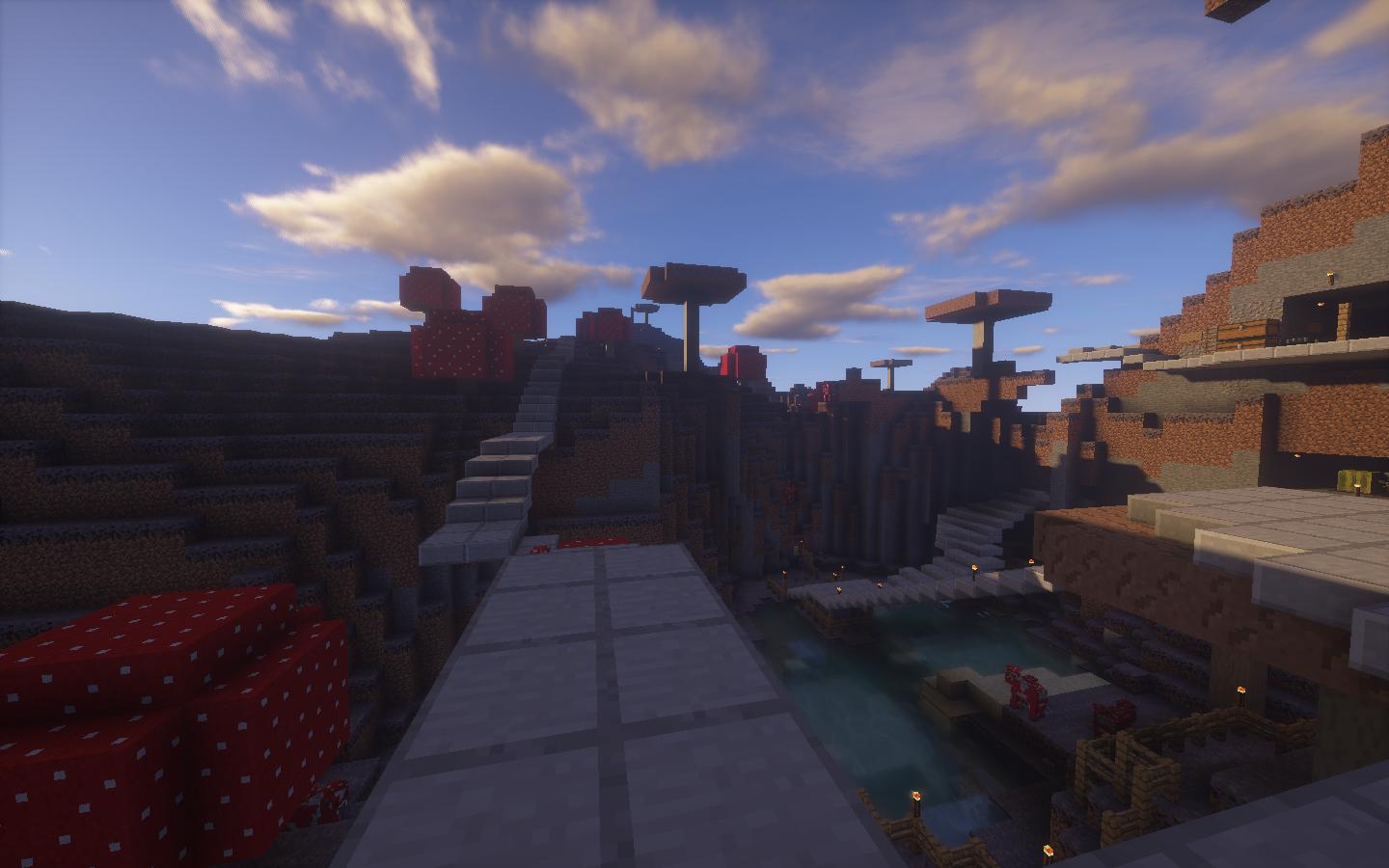 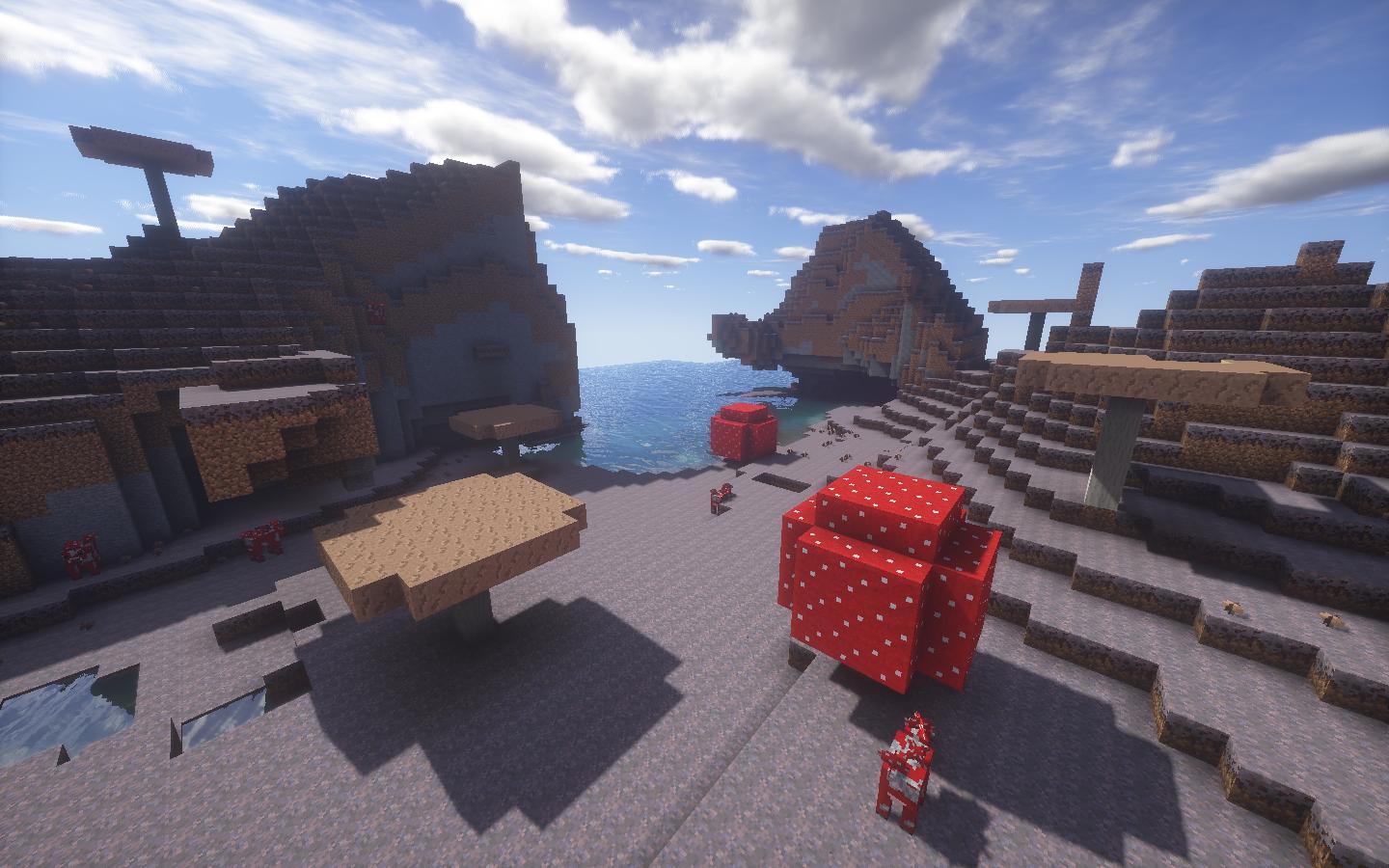 “Oh this is my favorite part of the island. I don’t know why, I just like the bay.” -SoulPunisher on Pilz-Reich

After a long day of exploring the island, the tour came to an end. Finally, I asked if there was anything else SoulPunisher thought important to include. He informed me of a local attraction known as ‘Aikar’s Block’.

Apparently and at some point in the history of the outpost, Aikar placed this floating block. I asked SoulPunisher how he knew Aikar placed it, and his answer was: “I was there when he did it :P”. In the years that this outpost has existed, I definitely wasn’t the first staff member to discover the peaceful island of Pilz-Reich. 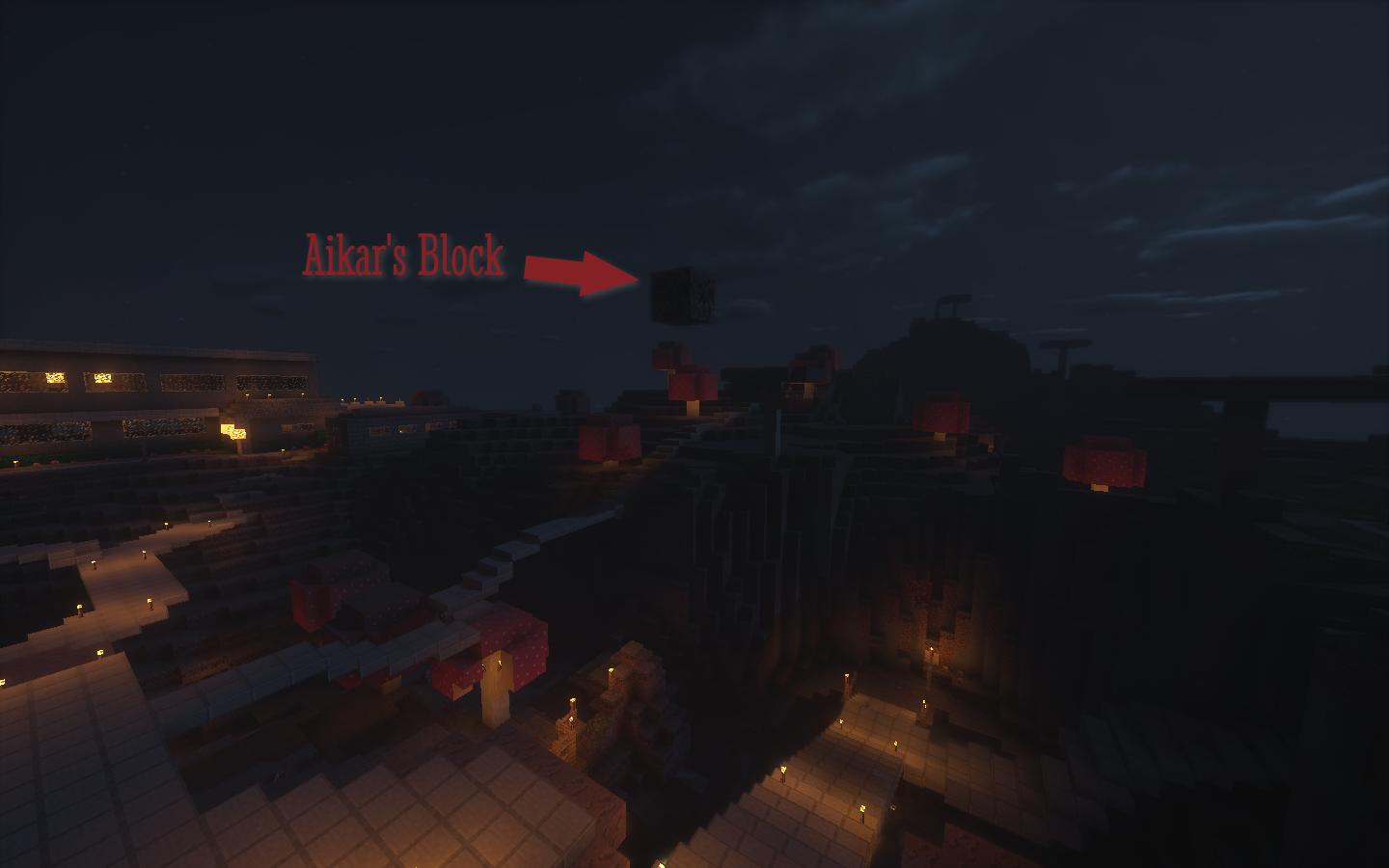 In conclusion, the Pilz-Reich outpost is an awesome place to visit with no threat of hostile mobs, plenty of Mooshrooms for food or entertainment, and an amazing network of paths and buildings. Many great players and builders contribute to this infrastructure, but they work together to preserve the atmosphere of the biome. Because this is only the first outpost that I visited on this journey through the Frontier, I am now extremely excited to see what other players have built on EMC!

Empire Minecraft Outpost Tours by JDHallows
Would you like to have a tour of your outpost posted on the blog? Click here to learn more about this free service to EMC members!