If you read the title and got ready to fire up your 4K monitor, prepare to be disappointed. Minecraft 4K is just a special edition of Minecraft, and is even more pixelated than the regular game. It also only has six blocks and you will end up on the same map every time you play it. 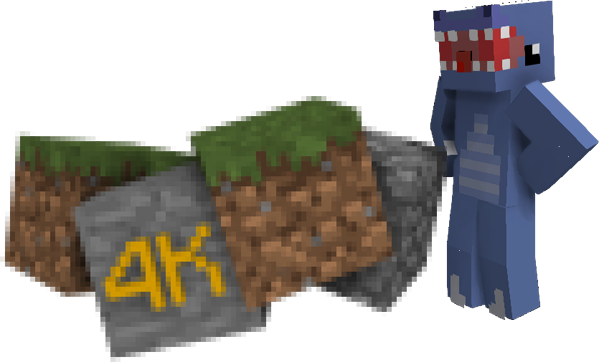 What is Minecraft 4K?

Although it might sound like a bad rip-off of Minecraft, Notch, the Minecraft creator himself, created Minecraft 4K for a game-programming competition where the maximum size of each submission had to be 4000 bytes. Although he ultimately ended up submitting a different game to the competition, he still published this entry and made it free for all to play.

Minecraft 4K is around 2000 bytes, or 2 kibibytes (similar to kilobytes) in size. For comparison, the PC version of Minecraft is over 200 megabytes, while some of the most popular games are 10’s of gigabytes. So as you can imagine, 4000 bytes is almost nothing when it comes to game file sizes, yet Notch managed to work with half of that.

You can read Notch’s actual entry to the competition, along with the responses to it, here.

I Want To Play!

As part of the competition, Notch released the game free for all to enjoy. Unfortunately, the page he published it on no longer exists. If you want to play it, you will have to jump through a few hoops. First off, you will need to use a browser that supports the Java plugin. For a multitude of reasons, almost all major browsers have dropped support for the plugin type used by Java. You must use a browser from the list found here to get around this. With that downloaded, you will also have to configure Java’s security settings to allow the game to run. This requires creating an exception for the site in the settings. You can see how to do this here. Once you do that, visit this site.

Be sure to read any security notices which pop up as you run through this process, as they will further inform you about what you’re doing and allow you to proceed cautiously.

Once I had finally set everything up and could play, a low-resolution image greeted me. The very first thing I noticed was the lack of sky and the limited selection of blocks; there are 6 in total, not including air.

Controlling the character proved itself to be incredibly difficult. The character will continue spinning until you center the mouse on the screen. Walking around uses traditional controls though. Speaking of traditional controls, the mouse buttons are flipped from those of regular Minecraft. What you expect is the opposite of what they do, so I destroyed a block instead of placing one many times. When I went to replace the block, I quickly realized that dirt was the only option. 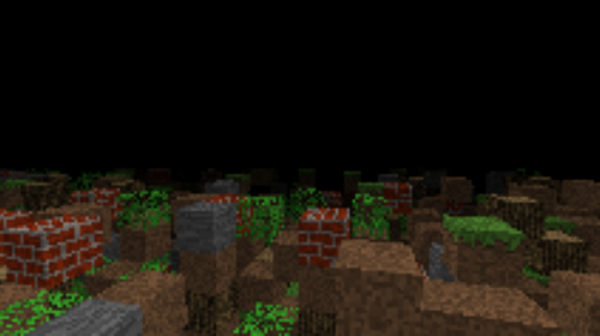 While playing, I kept searching for the main goal in the game, but I never found one. Was it supposed to be parkour? The controls made that too hard. Was it a building game? With only dirt available, it doesn’t seem likely. This lack of variable gameplay seems to explain why Notch opted not to submit it for the actual competition.

All of these limitations, which stripped Minecraft of its core features, were done in order to save some bytes and fit within the strict file size requirements. Although it isn’t much, there is certainly a novelty aspect to the game. As a fan, I enjoyed delving into this forgotten relic of Minecraft history and hope you will get some enjoyment out of the experience. Maybe you’ll even figure out the objective and beat the game. If you do, come back to share your thoughts. Until then, I’ll be returning to the world of Minecraft Java Edition, where I belong.