Buildings in Minecraft can actually follow certain shapes or patterns. Making an arch in Minecraft can be a challenge if you don’t know what your doing. Luckily, the quadratic equation can help map out where to place the blocks of an arch so that you can build something that will blow away those who see your creation.

Arches are commonly used for grand entrances. Using this in your build can create a new level of awe. Take a look at the picture below to get an idea of what you will be making. 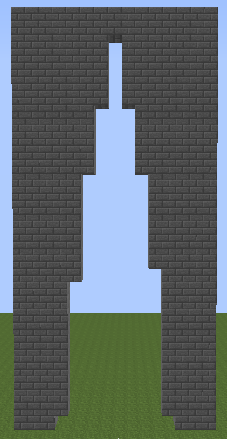 Following this tutorial, you can build an arch like this.

This is essentially a slightly modified standard form. This may look a tad confusing since there are more letters and symbols than numbers, but it will make sense later on.

There are few things you need to know before you begin building.

There is also some planning you will need to do. The arch will look better the wider and taller it is. A very thin or tall arch will look odd. A short but long arch would work well as a broad entrance into something, but it is important to know that something too short will cause problems for players walking through. Because of this, you need to make sure that your arch is somewhere in the middle in terms of size. I would recommend testing it out on creative so that you can ensure that the arch will look the way you want. If the formula below only gives you arches that don’t look the way you want, you will likely need to make some modifications to the build.

Now it is time to jump head first into the math involved. I will try to explain everything as simply as possible. If anything goes wrong or you get stuck, just post a comment and I will try to help you out the best I can. The equation above isn’t usable yet. Instead, we need to break everything down and work on finding a number for each letter:

Good job making it so far! Hopefully it hasn’t been too overwhelming. If you are ready, continue onto the next few steps. Things will be much easier from here.

Everything you have done so far involved getting the equation to a usable state. There are currently two variables left. They are X and Y. These are special variables, as many of you who have taken algebra know, and the numbers they represent will change. The X variable is known as the input. Whatever you put into the input gets modified and comes out as the output. For us, the input will be equal to the distance we are horizontally from the left edge of the arch. The left edge will be an input of 0. The Y variable is know as the output. For us, this is the height of the block to place. With this information, it is time to start building.

Congratulations! You now know how to make the perfect arch. At the bottom you can see what I made using the the example I have been carrying throughout.

Here is a table of values. These are the inputs and outputs from the example.

Finally, I have the finished product. This is just like the one at the beginning, the only difference is that it doesn’t contain any of the extra decorations.

This is the exact same thing as the beginning of the post except this only has the arch.

If you want another arch example, take a look at the one below. 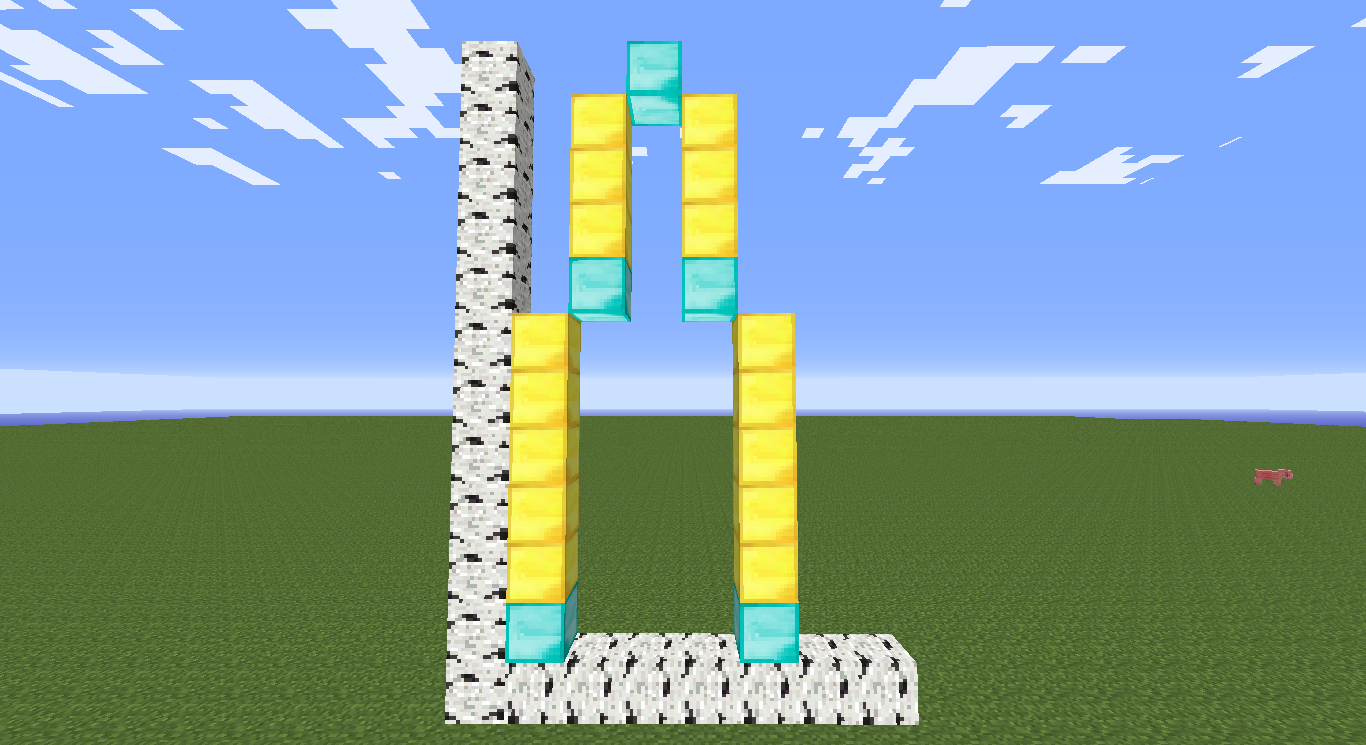 This is a much shorter arch but still shows off what you can make.

I hope this tutorial helps you make your next build even better with the use of arches.

If you enjoyed this post, check out my other Mathcraft tutorial here.