While many people consider their Minecraft fighting ability to click mobs with a sword quite above average, sometimes just a bit of planning is needed. Now that the Empire Minecraft difficulty update is out, the extra planning may be very necessary depending on how high you want to set your difficulty. This guide will cover most of the basics and at least a few tips in here should help you out. Without further introduction, lets start with the defensive side of Minecraft fighting.

The Defensive Side of Minecraft Fighting

Part of being able to hit a mob is your ability to not be dead! Going right at a wither with a few pieces of diamond armor thrown together might just not cut it sometimes. In tough Minecraft fighting, the armor is the biggest part of your defense. The ever protecting enchantment “Protection IV” is your best friend on armor. Protection IV will absorb a lot of damage and make things much easier for you. If you’re going to be fighting with this armor a lot, it would be a good idea to put the enchantment “Unbreaking III” on your set of armor. This will stop the armor from decreasing the already low durability of armor each time you’re hit. 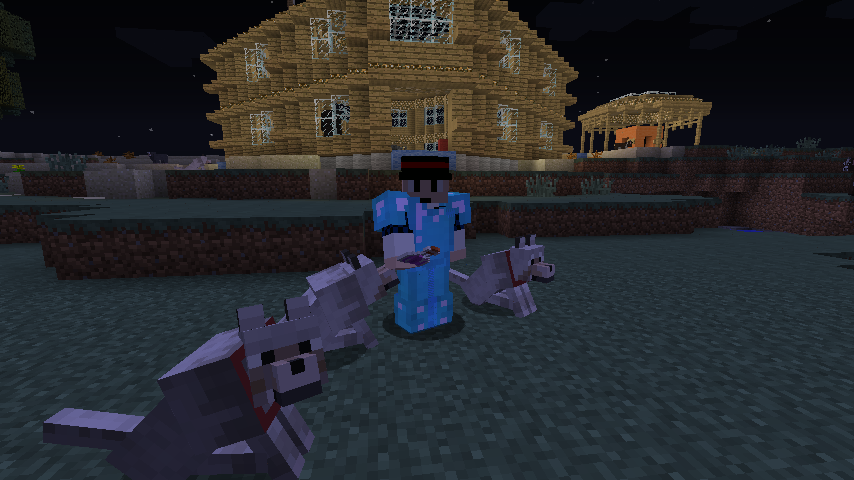 Now that you have armor to keep you safe, lets get into some of the ways potions can protect you. Potions in general are a great feature in Minecraft fighting. There are four main potions to use in defense. Speed potions allow you to get to and away from your enemies quickly. Fire resistance stops you from being caught on fire from a mob that happens to be on fire. Health and regeneration potions keep your health high at a stable amount. All four of these potions share the same first step, brewing a nether wart into a bottle of water. The next step varies in item usage for each potion. Magma cream into the awkward potion makes fire resistance, a ghast tear into the awkward potion will make regeneration, a glistening melon makes a health potion, and a piece of sugar will make a speed potion. If you want the potion to last longer, brewing a piece of redstone dust into the potion will extend the effects. A piece of glowstone will boost the effects to level II, and gunpowder will make it a splash potion. A splash potion will allow you to throw it immediately just with a right click. 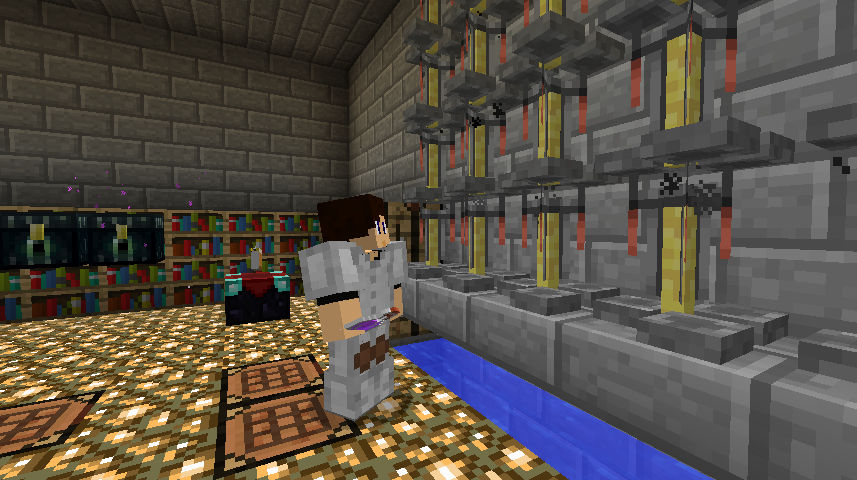 Keeping some tamed wolves nearby can certainly stray the attention away from you, but be sure to mind their health as they can just as easily be blown up by a creeper as you! Ender pearls are also an effective defense mechanism in Minecraft fighting! Just throw one far away and hope you have more than half a heart for the teleport damage. Luckily here on the Empire, ender pearl teleportation will not harm you.

The final tip for being on the defensive is to stay mobile and watch your surroundings. With mobs that shoot, such as skeletons especially, you want to be out of their reach to stay safe. Jumping around in circles around your enemies like crazy may not win you any coolness points, but it might just save your life from an incoming arrow! With the simple mobs to fight, like zombies, just make sure you’re keeping a decent distance at all times. For creepers, try to get close then back up quickly making it blow up without harming you. Now that you have a few decent ways of keeping safe, lets get into the offensive side of Minecraft fighting.

The Offensive Side of Minecraft Fighting

Once you’re sufficiently protected, a regular punch won’t do you any good. Getting together your good offense is the next step in smart Minecraft fighting, and that starts with the tools! The best enchantments for a sword can vary, but the necessity of “Sharpness V” doesn’t change.  Depending on what you’re fighting, Knockback II can just end up being an inconvenience. Since you can’t pick the mobs that spawn, skeletons are likely to spawn and the knockback will just give them more room to shoot you from. “Fire Aspect” can help whittle down the health of mobs, but if they hit you while on fire you’ll go up in flames! “Looting III” and “Unbreaking III” won’t help you kill things, but they’re recommended for the perfect sword. As far as a bows goe, the enchantments “Power V” and “Infinity I” should be your only necessary enchantments. However, any additional enchantments to a sword or bow are encouraged as long as they aren’t detrimental! 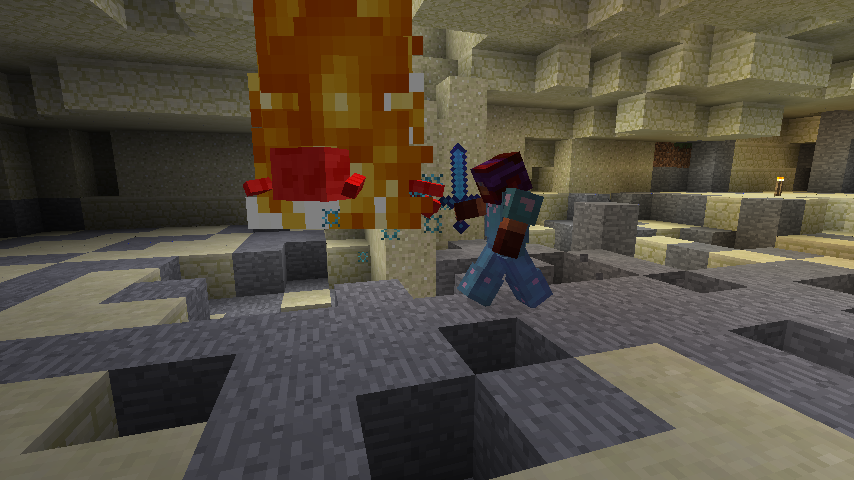 Gear can be all well and prepared, but you should also make sure you know what you’re doing once you’re out fighting. Going back to the running around like crazy tip back in defense makes sense here as well. Each time you hit something you’ll send it just a bit back, and constantly running at them cuts down the time between hits, and their remaining lifespan! Not much else can be said as far as fighting styles go, just make sure you hit everything until it can’t hit you back anymore!

In Empire Minecraft fighting, depending on your difficulty setting, things can get very challenging! Simple enraged monsters can be easily dealt with on lower difficulties, but once you reach the higher difficulty settings those mobs might start getting problematic. Luckily, to balance out those difficult mobs we have some special items that are conveniently dropped by such mobs. The item “shiny flesh” is your best friend in difficult situations, as it gives a great regeneration boost for 30 seconds! The special potion dropped by zombies “Zombie Virus” gives a great Resistance IV boost, though the countless negative effects that come with it make it something you’ll want to avoid during actual fights.

New mobs were added with the survival update, and for the most part the fighting on these is the same with just a few more hits needed. Make sure you have a fire resistance potion nearby, as a hit from a few custom mobs will leave you burning for a bit.

With the difficulty update, unless you follow everything here 100% things might get too challenging. Make sure you have an escape plan, and never go into higher difficulties without the best of gear. Difficulty 5 is the same as things were before the addition of the update, and 6 and 7 should be tolerable with the same gear as before. 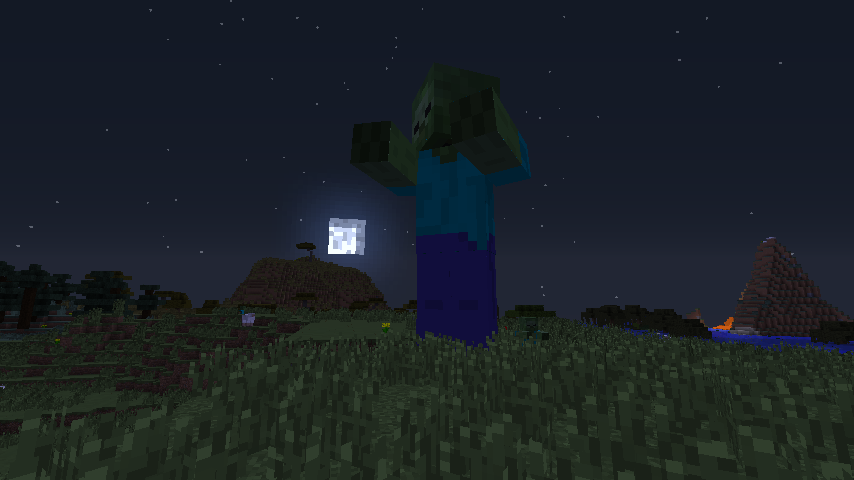