Howdy everybody, in this post I’m going to be going over how to make fireworks in minecraft and some of the other aspects! The aspects I’ll be going over are going to be how to make fireworks, the variety of effects you can create with those fireworks, and finally a few fireworks of my own design. Also, remember that on Empire Minecraft, fireworks aren’t used up when fired! This means once you create a really nice firework for yourself, you can use it as much as you want! 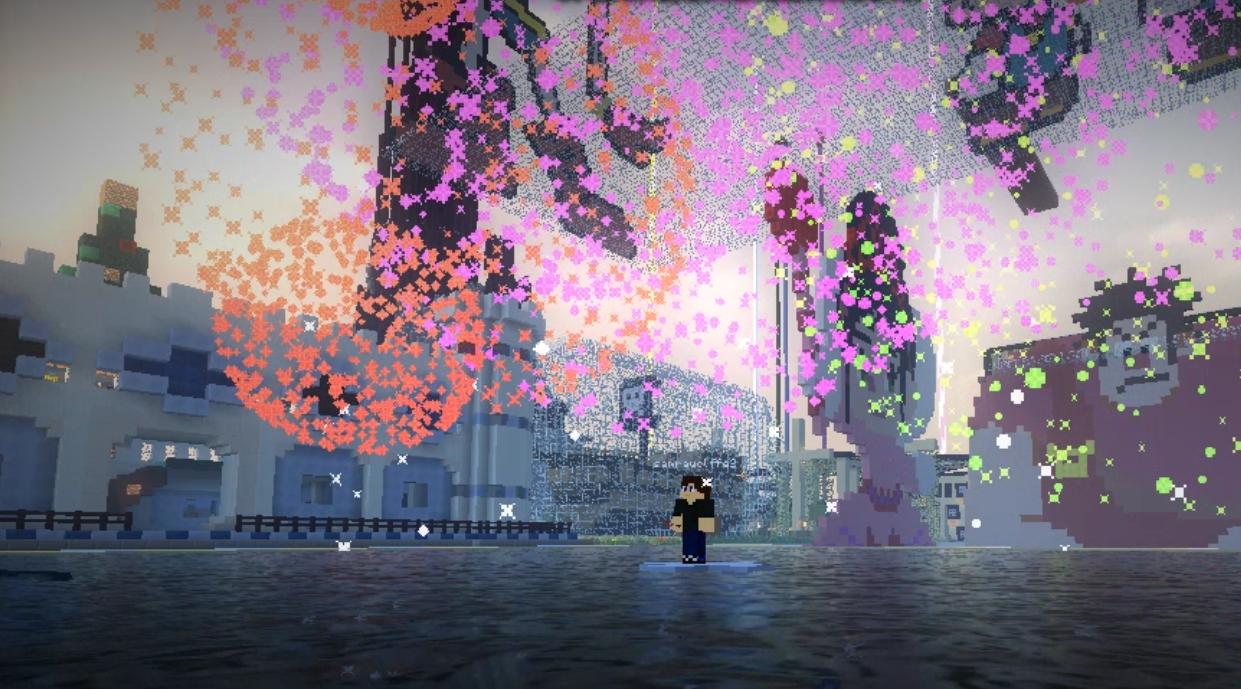 Basics of How to Make Fireworks In Minecraft

The process of crafting fireworks is relatively easy, if you know the recipes. Basically, one needs to craft a firework star then combine that star with gunpowder and paper to make a firework rocket.  The firework star recipe will determine shape, colors, effect, and aftereffects. Once you have the star, changing the amount of gunpowder combined with that star to make the final rocket will determine the height of the rocket, or how high it flies before popping. Here’s the basic recipe for a blue firework.

After crafting the star, simply combine it with 1 piece of paper and up to 3 pieces of gunpowder.

You can combine up to 7 different stars together, filling the 3×3 crafting window, creating the capability for some pretty beautiful fireworks!

These first 5 will be effects created by changing up the recipe of the firework star. 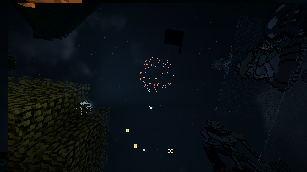 -note that any head can be used here, it does not need to be a creeper head- 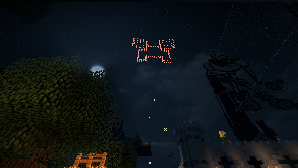 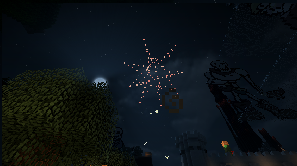 Burst Explosion – add a feather (maybe not, after seeing how bad this looks :P) 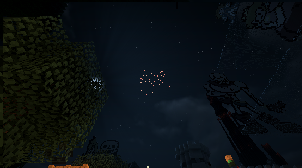 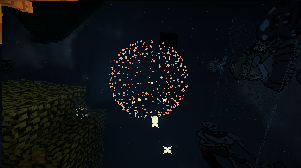 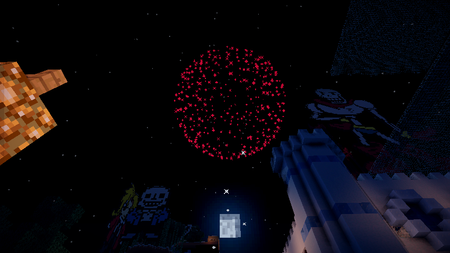 …and fades to this! 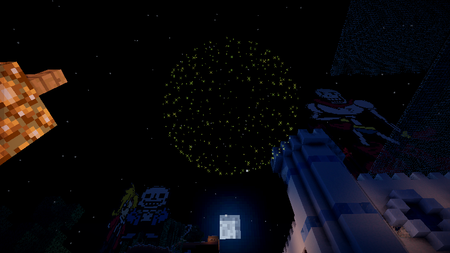 Remember that you can use up to 8 colors for both the initial explosion and the fading colors!

…if wanted, when making the star to have the following effects: 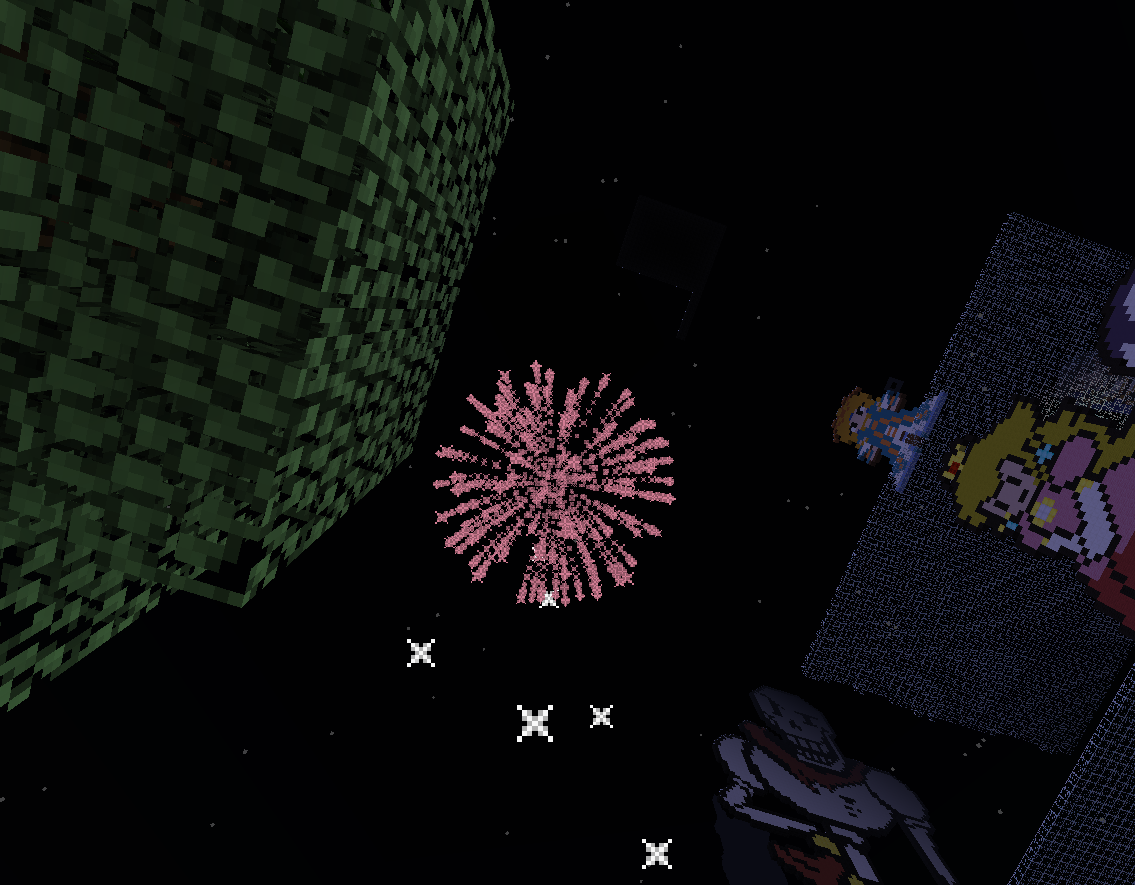 I wrote this post mainly for those that may not know all the aspects of fireworks, and so I’m sure at least a portion of this information is likely already common knowledge to some. So for those of you that already knew most of this, I’ll write down and show a few nice fireworks! They won’t be anything spectacular, but I like them so they’re going here!

Some of my favorite fireworks are the ones that either start as one color and fade to a variety, or start as a colorful and fade to unity. Here’s 2 examples.

This firework uses 2 stars, combine them when making the final rocket.

Add a fire charge when making each of those stars, and gunpowder obviously 🙂

This one uses 2 stars…

For a final fun note, check this out :P. A delayed smack by a slime block will send a firework flying while it’s heading up, resulting in a cool looking launch that can be used in fireworks displays!

Thanks for reading, and suggest any guides or general posts that you might like to see in the comments 🙂