Rumors enveloped in panic and excitement began spurring around Minecraft communities and financial news early into the event. This was just before the indie game developers Mojang and the tech giant  Microsoft unanimously announced the news of the big purchase of the ‘small’ games company…for a whopping 2.5 billion US dollars! But what does that mean for the community?

Credit to Empire Minecraft player xHaro_Der for this image, combining the Microsoft logo with blocks available in Minecraft.

After recent Minecraft EULA backlash, on the 17th of June, Notch is quoted on Twitter as saying:

“Anyone want to buy my share of Mojang so I can move on with my life? Getting hate for trying to do the right thing is not my gig.”

We’ll reflect more on this soon, but most believe this is what drove the final nail into the coffin… Or Mojang to Microsoft.

On the 10th of September news began to leak from an undisclosed source of talks between Microsoft and Mojang about a possible purchase for US $2 billion.

5 days later on the 15th, Microsoft and Mojang simultaneously announce that the Minecraft creators are being acquired for a huge US$2.5 billion! Microsoft makes a video and blog statement while Mojang’s Owen breaks the news on Mojang.com and crashes their website for a short time as a result of the increased traffic.

Shortly afterwards, Notch shared his personal view on notch.net explaining the reasons behind this transition of majority ownership from him to Microsoft. He states “It’s not about the money. It’s about my sanity.” With this comes the revelation that Notch doesn’t believe he is the symbol Minecraft should have, and therefore he will be leaving Mojang:

Throughout this whole ordeal there was outcry. The majority of the Minecraft community refused to happily accept Microsoft as their new publisher. There’s still dispute as to the future of Minecraft under the Microsoft regime, however from where we stand, the future might actually be brighter. 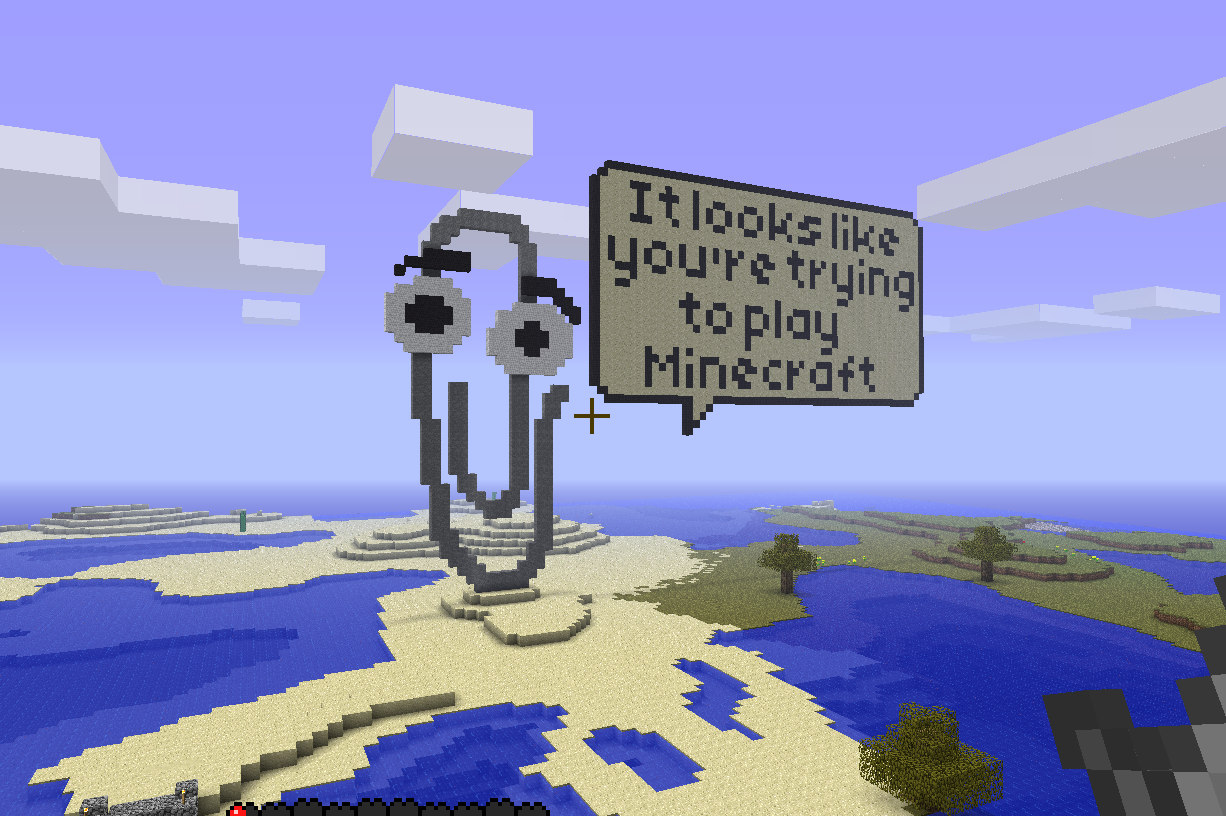 Credit to Reddit user Matsh for this image. Referencing a Microsoft feature that offered unwanted assistance.

The Dawn of a New Minecraft with Microsoft

As far as the community should be concerned, this will likely be good news for Minecraft. Here’s why.

Mojang shouldn’t really be an “indie” company anymore. It has grown out of that phase and is a household name. Before this acquisition, Mojang had a only a couple of people on technical support, and a team of Twitter PR agents cross Developers, spurring the other contradictory/unprofessional behaviour which led to the EULA drama (which further led to Notch’s departure anyway), downfall of Bukkit and a stalemate in the Minecraft community.

“Does this mean Minecraft will become Microcraft? No more Let’s Plays? Monetisation?” Microsoft has already stated that Let’s Plays will be staying for good, recognizing their usefulness in the original growth of the game. This means that they also recognize what else works for Minecraft – and none of this has ever harmed it, so we like to think that server monetisation is here to stay.

In addition, and probably the primary contender as to why Microsoft won’t mess this up, there is the factor of the money. $2.5 billion is a lot of cash, and Microsoft is not going to let it go to waste. In fact, they aim to break even on this investment by the end of 2015 and this only means bigger and better things for Minecraft. So let’s put down the pitchforks and calm the fires. There is no way of knowing exactly what will happen in the future with Microsoft, but the possibilities look promising.