The Damage Indicators mod is a tool for displaying a mob or player’s health points, mainly.

The concept of the modification is pretty simple, and may seem unnecessary for some, but the small amount of change can make a big difference. In this review, I will show you the reasons why you should give Damage Indicators a try.

The damage indicators mod is a fairly simple mod, but it is extremely useful. Its main functionality is to display the amount of health a player or mob has in total and currently. It also shows the mob’s name, even if it’s a custom name, the amount of damage the mob is taking or healing, displays critical hits and tells you if it’s a peaceful or hostile mob. 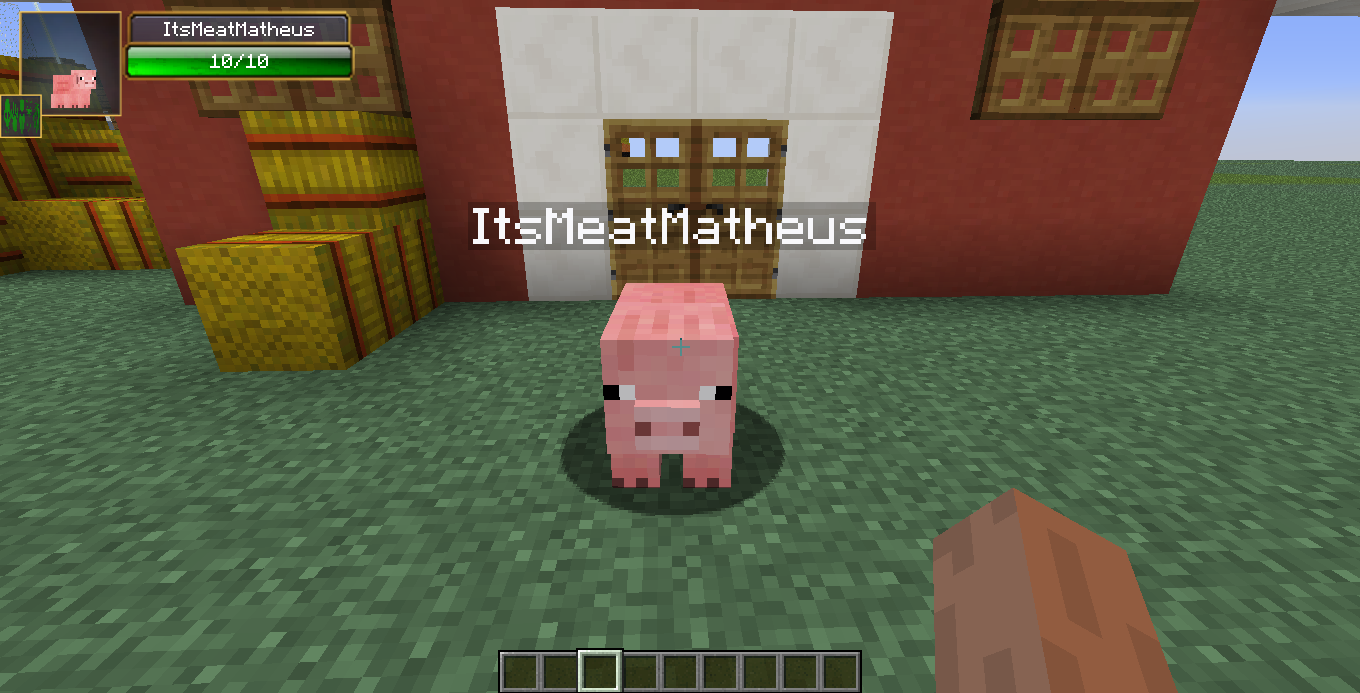 Before installing, it may seem like Damage Indicators doesn’t help much. After using it, you will notice it is extremely helpful.

When fighting mobs, it’s hard to calculate how much damage you have dealt to a mob and how much health it still has. With the Damage Indicators mod, all of that is done automatically, making it a lot easier for players to fight in general. 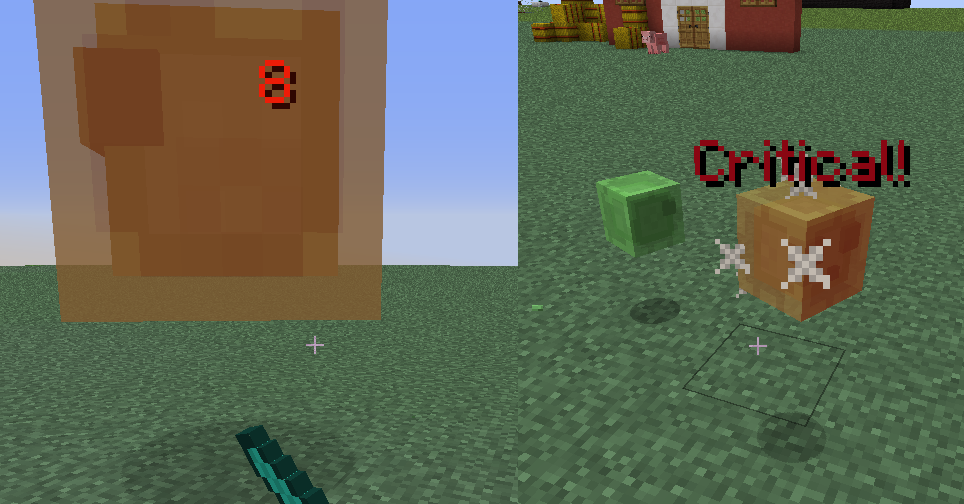 Imagine you are low on health and you are fighting a creeper. What you would usually do is hit it, back away, and repeat until it is dead. With Damage Indicators, it’s a lot easier to see when you need to back away (Creeper is full on health) and when you can charge for the kill (For example, you know you deal 5 damage per hit, and the creeper has 4 health, therefore you won’t need to worry about it not dying).

Besides the wilderness combat advantages, Damage Indicators offers a couple more conveniences for the EMC player.

If you participate in our events, specifically Mob Arena and PvP arenas, you probably had lots of mobs and players trying to kill you. Using this mod makes winning those events a much easier task. You will know when to fight and when to flee or even if you should use a sword or a bow in a PvP combat, as you can see how many HP your opponent has.

In the Mob Arena, Damage Indicators helps by knowing what to kill as well as what to avoid, especially in the no items rounds. Staff tends to spawn in mobs with custom health points, such as beefy zombies with 200 HP or nearly invincible chicken with over 3000 HP. A player with the Damage Indicators mod would know not to attack those mobs, since it would take him a really long time to slay both the undead monster and the friendly fowl.

If you are an avid PvP player, you have likely found yourself in a situation where you are dueling a player with similar armor and weapons, hitting one another endlessly and clueless to who is going to come out victorious. Damage Indicators, by displaying your opponent’s health, will let you know if you have the advantage or if you should run away and try your luck with ranged combat, at least until you have regained a couple hearts.

Damage Indicators has lots of options for customization.

Pressing the “.” on your keyboard (Default button, you may change it in your controls) will open an options menu, in which you can change lots of things. 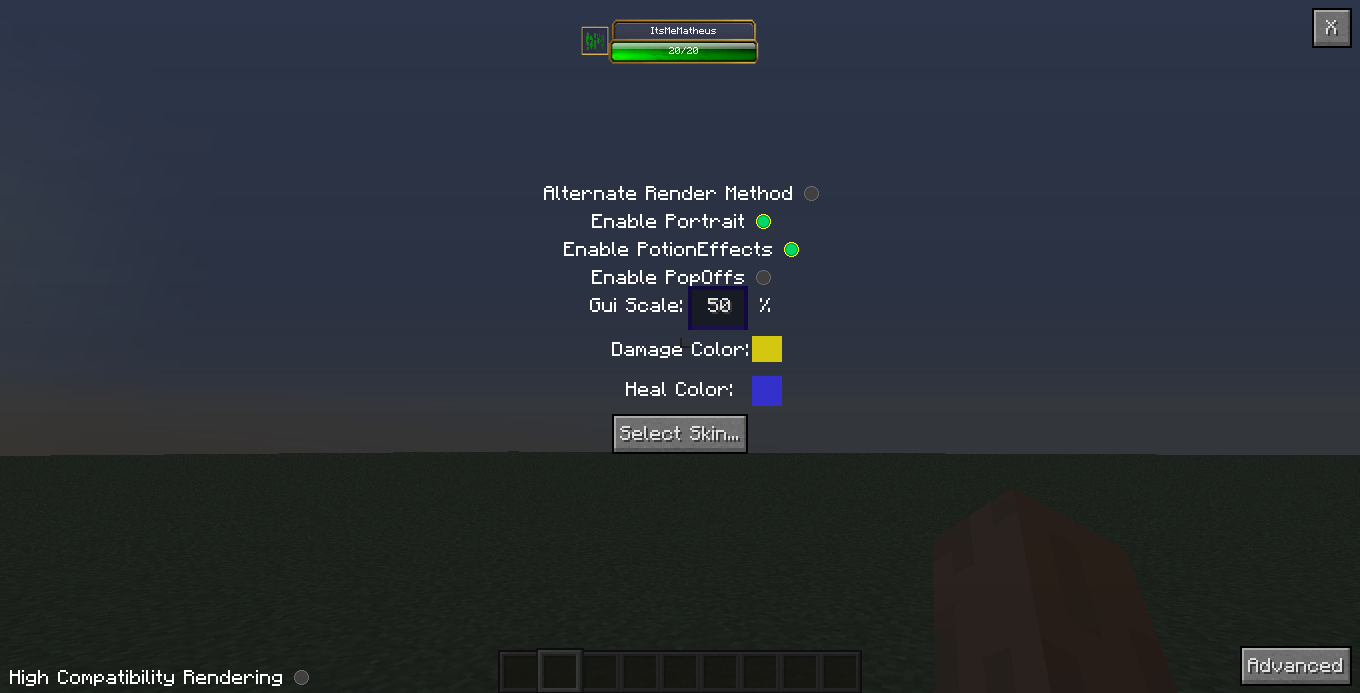 Change the damage color, reposition, resize and change the GUI’s skin, there are many options to change the looks of the mod, to fit your playstyle.

Prefer a simple, small indicator that is not gonna interfere much in your screen? Go for the “Minimal” skin with a 60% GUI scale.

You may even change each mob’s skin, sizes and positioning, or even ignore the mob completely, so the indicator won’t show it. All that is customized by clicking the “Advanced” button, once you’re in the mod’s menu.

Official download link and installation instructions can be found here.