Advancements are trophies that clearly mark the barrier between the casual player and the intense gamer. For some, they are just notifications which pop up on your screen every now and then. For others, they add a whole new dimension to the game. In the case of Minecraft advancements, they can be ignored or pursued vigorously.

Mojang overhauled the Java Edition’s achievement system in March 2017, with the release of 1.12. The old mechanic was relatively simple, serving as a way to introduce new players to various aspects of gameplay, represented by a tree of possible achievements. Now, with advancements, this purpose lives on with the added intricacy of five different categories (represented as tabs) of accomplishments: Minecraft, Adventure, Nether, The End, and Husbandry.

Each tab contains a tree, and while each advancement can be earned independently of those before it, you have to unlock the advancement before it to view later advancements on the tree. You will notice that there are three different types of advancements which comprise each tree: normal (square icon), goal (ellipses icon), and challenges (the fancy square icon). Challenge advancements will reward you with varying amounts of experience points when completed.

There are a few dozen Minecraft advancements to complete, but here I’ll be listing off what I believe to be the four hardest challenge advancements to earn in a survival world. 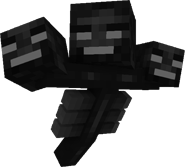 Have you ever thought to yourself, just how hard would it be to explore the infinite world of Minecraft? Well, you might get close to doing just that on your mission to obtain Monsters Hunted. You must kill every hostile creature in the game, including the game’s bosses, the Wither and Ender Dragon. While we certainly didn’t start with the easiest of Minecraft advancements, it is definitely a simple one. You’ll also pick up a handy 100 XP when you finish it.

Here are a few tips for hunting the world’s deadliest creatures:

This advancement doesn’t involve killing mobs, but that doesn’t make it any less strenuous. You better have a lot of patience, because, for this one, you’ll need to explore nearly every biome in the game, and you’ll be rewarded with 500 XP. Sounds easy? Well, there’s approximately 36 of them to visit. I won’t be listing all of them because there are so many different variants of biomes in the game. However, there is a Minecraft Wiki page for all the biomes in the game (found here), and you can use the information on F3 to see which biome you’re in. Thankfully, the list doesn’t include those ending with M, the End, Nether. It does, however, include the hills variants of biomes. Just start a checklist and work your way down. Get cracking!

This advancement might be one of my favorites. You must lure a Ghast into the Overworld and kill it. The reason this is one of my favorites is that the Ghast has a seemingly random movement to it. They’re almost impossible to predict and even if you can, you still need to get it into the portal. Thankfully, you can do it solo, where you won’t have to worry about a horrible ping like I do (thanks, internet provider). Even if you do manage to have the patience not to kill the whiny death clouds, you still have to lure it into a portal while it attempts to blow you up, without getting yourself killed. Bit of a tough one, but fortunately it does award you with 100 XP when you obtain it.

This advancement takes the cake for the most difficult, and the game knows this because it awards you a hefty 1000 XP for completing it. You must have 20 status effects applied to you at the same time. This is a huge step up from this advancement’s little brother, ‘A Furious Cocktail’, because it includes effects induced by potions as well as beacons, mobs, food and arrows. If you intend on obtaining it legitimately, this advancement will require intense preparation, so as to maximise the overlap time of each status. Fortunately, the Wiki has a table that lists how to obtain each component effect.

That’s it. Do you think you have what it takes to conquer the hardest Minecraft advancements and 100% the game? Be my guest. Good luck to you.